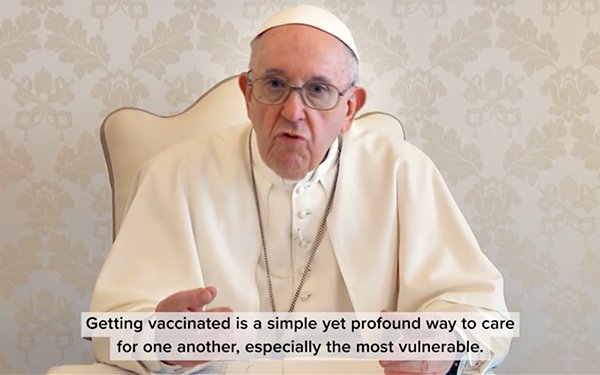 “Targeted ads about the vaccination effort are everywhere,” the ANA writes in a new blog post. “This is a new day for targeted advertising, which has been inaccurately maligned.”

In its post, titled "Targeting Proves Its Worth," the ANA criticizes proposals that would require advertisers to obtain consumers' opt-in consent before drawing on potentially sensitive demographic data -- such as race or ethnicity -- for ad targeting.

“This may block or severely impede the ability to get key information to vulnerable or other groups with critical health and other information,” the ANA writes.

“Conservatives are approached through messages touting the US military’s reliance on the vaccines and via Breitbart in an ad referring to the vaccines as a 'shot to restore our freedoms' that shows children headed to school," the industry group writes. "Facebook users searching for issues related to the Catholic Church can see a Pope Francis video emphasizing that vaccines are a 'moral choice.'”

It's not clear whether all of those initiatives relied on demographic data collected from users, or if some used contextual targeting methods.

He adds: “It should be up to Americans to decide whether to opt-in to ... surveillance for targeting ads. In addition, there should be limits to what ANA member companies and others can do with our sensitive data -- regardless of opt-in.”

The new FTC chair, Lina Khan, has also voiced concerns about some forms of targeted advertising.

“There are some really interesting questions to be asked specific to behavioral ad-based business models, insofar as these business models really incentivize endless vacuuming up of data,” Khan said in April, at a Senate Commerce Committee hearing on her nomination. “I worry that in some cases, some of these companies may think it's just worth the cost of business to actually violate privacy laws.”