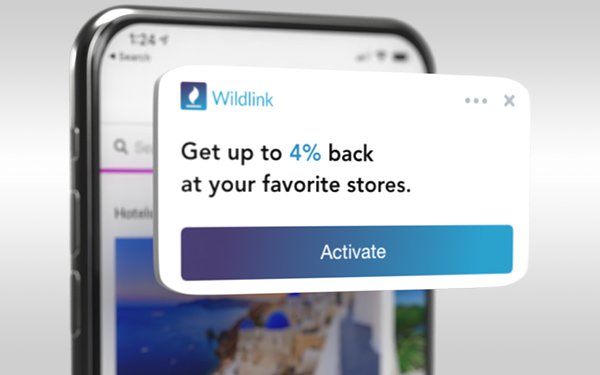 The iOS extension helps merchants initiate a cashback and rewards program, allowing consumers to earn perks similar to those for Bing, Rakuten, and others.

Acorns, the saving and investing app, became the first to leverage Wildfire’s platform for the mobile Safari browser.

A percentage of the purchase goes back to the consumer through rewards programs. Wildfire works with about 30,000 merchants.

“The Discover Card was ground-breaking decades ago, when they started giving cashback on the card, and now every card does it,” said Jordan Glazier, CEO of Wildfire. “PayPal and Capital One have both launched independent services, something similar to what I’m describing. It’s become the central battleground to reward the consumer for their purchase.”

Consumer data comes along with it for merchants, not Wildfire. PayPal did it by acquiring Honey for $4 billion in November 2019. Capital One also did it through an acquisition. Rakuten bought eBates for $1 billion in 2014.

Offering mobile cashback programs has not been easy. Most are used on desktops. Previously, because of its privacy focus, Apple made this process so difficult that users often would give up before they had a chance to use a mobile Safari extension. In some cases, the onboarding process is eight steps long.

Annual sales should nearly double between now and 2025, eMarketer projects.

“Until now we have not been able to offer the mobile extension through iOS,” Glazier says. “With the latest update, Apple is offering this service. They are leapfrogging Google Chrome, which does not offer this through mobile. We’ve seen this in Samsung for mobile, but they have relatively small market share.”