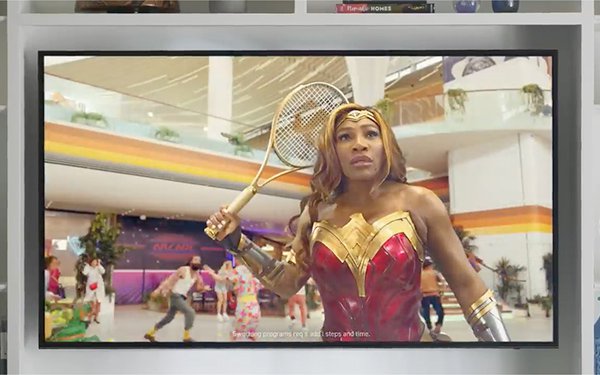 As national TV spending sharply climbs for video streaming marketers, the space is becoming increasingly crowded with new players -- especially with the start of the new TV season.

In the last 30 days, one of the newest -- DirecTV Stream, a new internet-based live TV/on-demand streaming service from satellite pay TV provider DirecTV -- has spent an estimated $32.7 million in national TV advertising, from 5,203 airings yielding 1.6 billion impressions, according to iSpot.tv.

This would be a major turnaround for the DirecTV brand.

National TV marketing for DirecTV satellite business has been on the sidelines for some time. For example, since the start of the year, it spent just $3 million on TV advertising.

Keeping pace with DirecTV Stream is the nearly 2-year-old Apple TV+, which continued high spending: $31.1 million, from 2,779 airings over the last 30 days.

Other top spenders -- Disney+, Hulu, Paramount+ and Peacock -- rely not only on paid ads but in-house, on-air promotional announcements from their respective media companies that also own TV networks.

Overall, for the most recent two-month period, national TV spending and media value for on-air promos among all video streaming platforms continues to see big growth.

For the last two months -- leading into this year’s start of the traditional broadcast TV season -- there has been an estimated 69% more national TV advertising spend/media value versus the same time period a year ago, and 72% higher national TV on-air impressions.

From July 24-September 22, video streamers of all types had an estimated national TV ad spend/media value of $286.3 million versus $169.8 million for the same period in 2020. Total impressions were at 33.1 billion versus 19.2 billion.