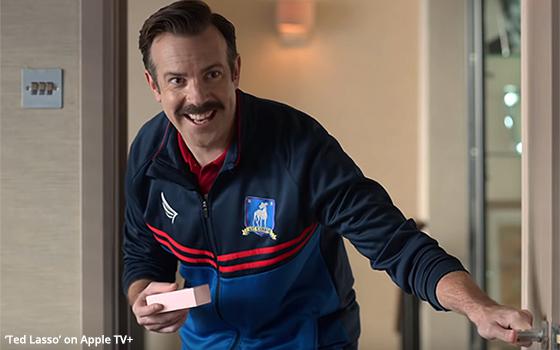 Apple TV+ consumer satisfaction scores are rising, due to the growth of popular content. But some issues remain.

Kantar, the media research company, says 39% of consumers are now satisfied with the “amount of content” on the streamer -- up from 25% when Apple TV+ launched in November 2019.

Research found AppleTV+ subscribers regularly binge-watch TV series more than any other service — 78% versus an industry streaming average of 61%.

Kantar also says Apple TV+ is making slow gains on industry leader Netflix. In June, it had more heavy users (37%), measured in hours per day, than Netflix (24%), but fewer medium-intensity users — 17% for Apple TV+ versus 31% for Netflix.

“AppleTV+ usage month by month tends to be jumpy, reflecting their reliance on key titles to drive engagement, while Netflix is very steady,” says Kantar.

Kantar says Apple TV+ “net promoter score” -- a “measure of subscriber advocacy” -- is also improving now at a best-ever 34 number. By way of comparison, the more-established Netflix is at 51.

One key downside for Apple TV+: “While AppleTV+ has taken big strides, risks remain. Churn is high (12% in July) when benchmarked against the competition.”

Apple is also slowly transitioning out of its initial free trial period, “translating into more paying subscribers in August, 54% [who] were paying for the service, up from 50% in June.”

Kantar results are from a quarterly survey from 20,000 U.S. respondents and 12,000 U.K. respondents in longitudinal panels.