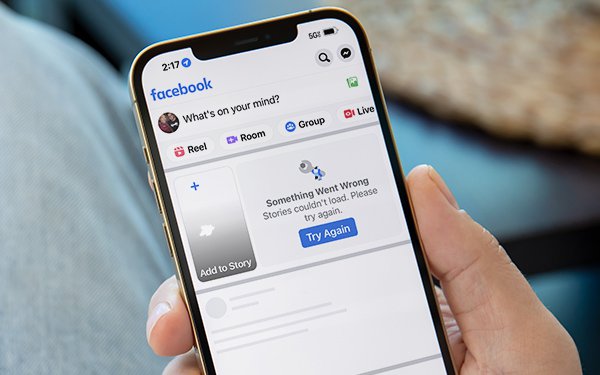 People and businesses worldwide rely on Facebook daily to stay connected. “We understand the impact that outages like these have on people’s lives, as well as our responsibility to keep people informed about disruptions to our services,” he wrote. “We apologize to all those affected, and we’re working to understand more about what happened today so we can continue to make our infrastructure more resilient.”

Apologies may not be sufficient for advertisers. Forrester Vice President, Research Director Mike Proulx pointed to “real-time marketing” moments on Twitter, where brands talked about how the outage had widespread implications to the advertising ecosystem because ads weren’t being served for more than six hours across Facebook and Instagram.

Lisa Hamilton, CEO of marketing company Help2u in Australia, told The Wall Street Journal that the disruption made her “blind to 100% of her customers” activities. She said Facebook analytics is crucial to demonstrating the strength of her product delivery and she was unsure what damage the outage would do to the data.

Some like Jeff Kupietzky, CEO at messaging company Jeeng, believe that publishers should move away from social media platforms like Facebook, and readers should look to other platforms for their news.

Ryan Brelje, senior product marketing manager at Iterable, pointed to the need for cross-channel marketing. “What happened to all of those social campaigns and retargeted ads they planned?” he said.

Some brands turned to Twitter and others relied on text messages. Postscript saw brands texting customers, nudging them to shop instead of scrolling on social media, where they shared deals and promotions. Some brands that did this include Outer Aisle, Bite, and Braxley Bands.

Postscript saw a 45% increase in number campaigns sent Monday compared to other recent Mondays, which can be attributed to the outage, according to a company spokesperson.

And as the news continues to unfold after the outage and whistleblower Frances Haugen’s revelations about Facebook’s negative impacts on society, and an episode of NewsHour emerged preserved in the American Archive of Public Broadcasting (AAPB), a collaboration between the Library of Congress and Boston public media producer GBH.

In the year 2006, 22-year-old Facebook co-founder Mark Zuckerberg told reporter Judy Woodruff during an interview: “I’m really young, so I have to be thinking about the long term, you know, and how the stuff is going to play out. And I think that the way you achieve the best long-term value is by building real value in the world. So, we focus a lot on our product and what the people who use the service get out of it. Are we actually helping them achieve their goal of understanding the world? And if we can do that, then I don’t think we’re going to have a hard time making a lot of money.”

Around that time, Facebook announced it would open its social network to anyone, and match the open-door policy of MySpace, which owned 80% of the social networking market. MySpace had become the most visited website, ahead of Google, eBay, and Yahoo.

Advertisers that year spent about $280 million on MySpace, Facebook and other networking competitors. That number for Facebook alone now exceeds $48.48 billion, up 26.6% compared with 2020, according to eMarketer.