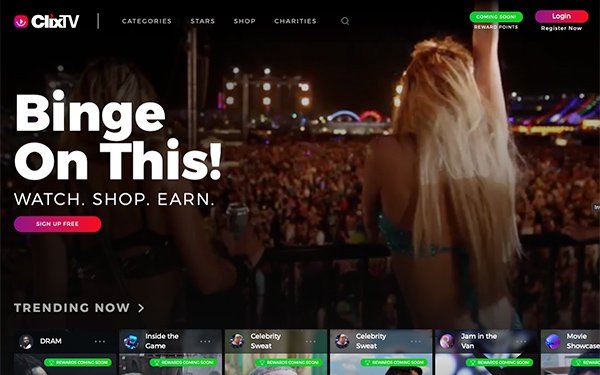 The streaming industry is exploding — and it just got a new player.

ClixTV.com launched a free streamer on Monday with more than 80 channels, web site and apps.

The impetus, according to Emmy winner and CEO-founder Ed Sullivan, is to reinvent the entertainment experience and “simplify the search for great content and tantalize viewers with compelling programming they may never have known about.”

The premise: The streamer showcases thousands of short, two -to-four-minute series for mobile fans, as well as trailers for streaming series, movies and sports on Disney+, HBOMax, Amazon Prime, Discovery+, Apple TV+, Peacock, Paramount+ and the broadcast television networks and studios. Then it directs users to them.

“ClixTV believes producers, streamers, advertisers and fans should embrace a similar goal: Make it enjoyable to watch what you want, when you want from the very first click across every platform, on any screen,” says ClixTV Chief Marketer-co-founder Stacy Jolna.

Its linear OTT channels will also stream long-form half-hour and hour-long shows from its production partners, such as the comedies “The Mom List” and “Mr. Wrong” to sports-gaming tips from “Inside the Game” or “Celebrity Sweat,” which highlights the competition between Tampa Bay Buccaneers star Rob Gronkowski and his four brothers.

The benefit to advertisers, it claims, is viewers can watch and shop for hundreds of products on ClixTV.com, which teamed with ecommerce platforms Rakuten, Awin, Commission Junction and Pepper Jam.

The platform also tries to address a complaint of many streaming customers.

“With the abundance of long-form entertainment offerings, it takes the average person 37 minutes to find something to watch. That is a clear problem screaming for a solution,” said former Sony Pictures Entertainment President Man Jit Singh, who called the company “everyone’s ally.”

Larry Gerbrandt, principal, Media Valuation Partners, added: “The streaming industry has matriculated from its adolescence with an abundance of great content, but it’s often hard to find. The vital need in the industry is this: a streamer that can support the industry by pointing viewers to programming that might have been overlooked, as well as providing a platform for emerging video talent.”