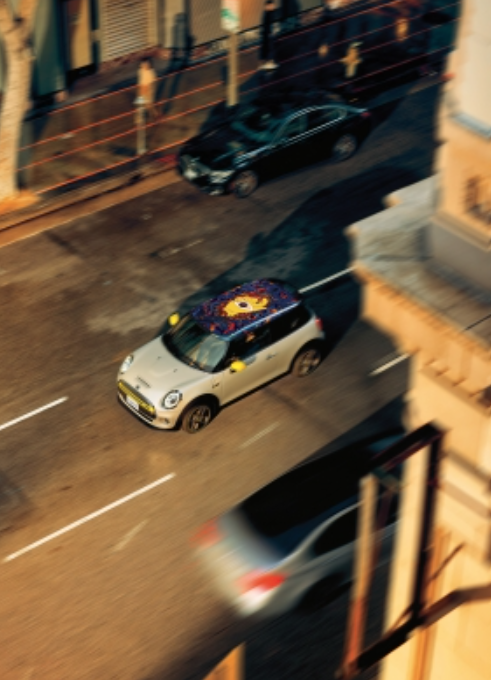 Mini is unveiling a limited-edition collection of vehicle rooftops created in partnership with artists who are first-generation-Americans and immigrants.

The project was announced last week on National Immigrants Day, which is Oct. 28.

The commissioned custom art will be sold in the United States for a limited time as Mini rooftop customization options.

Through donations, Mini will support the nonpartisan nonprofit American Immigration Council to help further its mission.

The independent brand of the BMW Group shares the belief that the U.S. is made stronger when we welcome immigrants and create communities where everyone feels like they belong, says Mike Peyton, vice president, Mini of the Americas.

“Mini is an act of self-expression, and its rooftops are its purest form,” Peyton says in a release. “For decades, rooftops have been canvases for drivers’ pride. They celebrate our backgrounds and our differences. Mini believes ‘we are all different, but we’re better together.’”

The artists who created work that speak to their diverse heritage and their experiences growing up in America include Rich Tu, an artist and designer living in Brooklyn who is a first-generation Filipino American, and Shane “Grif” Griffin, an multidisciplinary visual artistfrom Dublin, based in New York.

Mini as a company is a story of immigrants, according to the automaker. Designed in the U.K. in 1959 by Alec Issigonis, an immigrant from Greece , Mini is now sold in 109 countries around the world.

This collaboration is part of Mini’s new brand platform “Big Love” and the tagline: “We’re all different, but pretty good together.”

Pereira O'Dell, a full-service bicoastal creative agency that has been Mini's AOR since 2017, created the campaign.

National Immigrants Day was first celebrated on Oct. 28, 1987, the 101st anniversary of the unveiling of the Statue of Liberty.