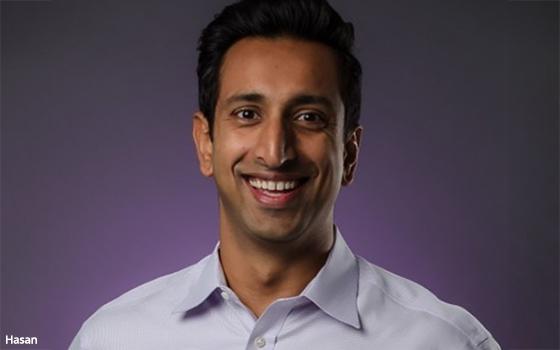 Emad Hasan, CEO and co-founder of Retina AI and former head of data analytics at Facebook, as well as PayPal, took the concept of fly-by-wire to support helicopter flight and keep satellites orbiting in the correct direction, and turned it into something useful for the online advertising industry.

He started the company nearly five years ago to keep brands profitable. At PayPal, Hasan ran a product called Merchant Analytics for every company it processes payments.

“My passion in life is to bring auto-pilot features into businesses,” he said.

While at PayPal, Hasan found that for most companies between 30% and 50% of their customer base is lifetime and profitable, meaning that brands lose money on that percentage of the customers they try to acquire.

Promotions on holidays like Black Friday or Cyber Monday are good examples. He saw this at PayPal first, and then at Facebook, where companies would pay millions up front and wait months to determine whether they would see their return on investment. It took months to see whether customers were “one and done” or ‘if they would come back and exhibit loyal behavior.”

Many of these companies are sitting on a lot of first-party data they can leverage with opt-in consent and avoid under-optimization of marketing spend.

PayPal, at the time, didn’t make money on a large chunk of its customers, he said, and saw it at Facebook, too.

Only about 1% to 2% of people will click through on ads this year, said Hasan. The industry spent about $390 billion on digital ads this year, he said, providing an example of the enormity of the problem. Basic data analytics can change this, he added.

Retina AI’s algorithm predicts the lifetime value of the customer. It looks at historic data to determine what types of customers will become loyal. Some brands can even limit promotions to those customers. Customer-service tickets are processes based on the expected value of that customer, rather than first-come first serve within fairness. Past customers, said Hasan, include Dollar Shave Club, Maddison Reed, and Nestles.

Hasan started his career at Sikorsky Aircraft as a flight controls engineer, before moving on to Boeing to work as a guidance navigation and controls engineer.  While at Sikorsky, he worked on fly-by-wire technology, something my dad also worked on, as well as the C-17 at Boeing.

Hasan took the concept of autopilot for satellites and turned it into optimization techniques for online advertising. The technology would keep the satellites in the correct direction and orbit. They must remain in orbit for between 15 and 20 years.

“Businesses have turned customer information into a data stream that you can bring auto-pilot type features,” he said.