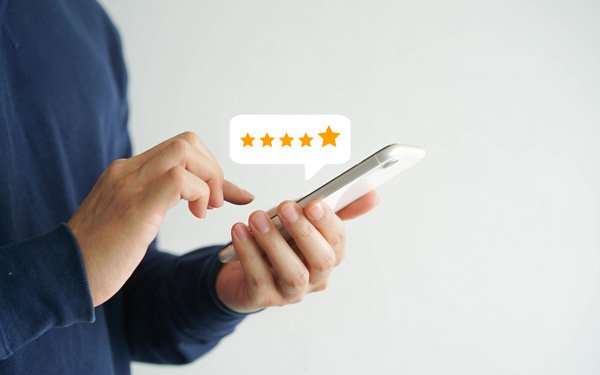 Along with a one-to-five star rating, how many words does it take to make a review helpful and trustworthy?

A survey commissioned by Yelp and conducted by consulting firm Kelton analyzes what consumers say makes a review trustworthy and helpful. The survey polled 1,500 people and found that people who read reviews value quality over quantity, unbiased reviews, and transparency.

The survey found that 90% of respondents who read reviews say they are more likely to trust those that include a written review compared with just a star rating with no words.

Nearly three in five survey respondents believe the most helpful review contains between 16 and 50 words, alongside a star rating. The same percentage believe that a rating without text shouldn’t be considered a review.

Business owners also feel that reviews should contain a certain number of words, with 72% of those surveyed saying they prefer reviews with at least 16 words and a star rating, while just 4% say they prefer to only see ratings.

Some 64% of respondents who read reviews believe contributions that were written and posted after a business asked for the review are biased.

Yelp’s trust-and safety policies prohibit businesses from soliciting reviews, because when customers are asked to write a review by a business it can make the information less helpful and reliable.

Half of respondents said they don’t trust reviews if they know the business asked their customers to leave them a review. Some seven in 10 people surveyed who write reviews said they would still write a review if the business offered them a discount, gift or other incentive.

Consumers typically read five reviews about a business before deciding to patronize it, according to the findings. In fact, 88% of respondents are more likely to look past a negative review if they see that the business has responded to it and adequately addressed the issue.

While many review platforms use algorithms to weed out potentially fake reviews, 80% of people say they would prefer to see all the reviews for a business or product, including those that the review platform believes are fake or untrustworthy.