Kahlua Puts Its Money -- $25K -- In Service Of Internet-Free Nights 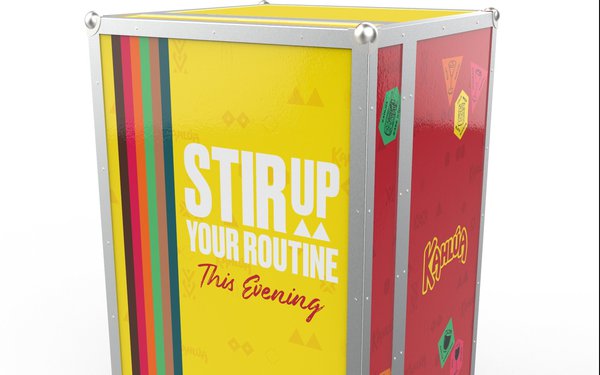 When Marketing Daily covered the launch of Kahlúa’s "Stir Up Your Routine" campaign last month, senior brand manager Rima Sawaya promised that the Pernod Ricard coffee liqueur would next unveil a “call to action that challenges fans to stir up their evening routine.”

So how about a social experiment of sorts: a $25,000 reward to a couple that can go Internet-free for 30 nights?

Kahlúa will select one couple to take this Stir It Up Challenge from Jan. 16 through Valentine’s Day, but first they’ll need to enter a contest against other couples -- via the Internet, of course.

This includes uploading a video by Jan. 2 with such info as how they met, how long they’ve been together, their current nightly routines, favorite hobbies and passions, and, yes, ”favorite Kahlúa cocktail or way to enjoy Kahlúa.”

As an incentive toward fulfilling the Internet-free goal, the couple that gets selected by a panel of judges will then receive 52 items (worth a total $3,350) designed to facilitate 30 nights of activities. The items, packed in a “Kahlúa Kit” on wheels that also includes a lockbox for stashing phones from 6:30 pm to 6:30 am nightly, will range from a Polaroid camera, yoga mats, paint sets and smocks, aprons and cookbooks, to board games, new sheets, AmEx gift cards, sheets, robes, face masks and much more.

"In an always-on world, it's important we carve out time to be present and have a little fun," explained Sona Bajaria, Kahlúa ‘s vice president of marketing.

And the brand isn’t joking around: the grand prize won’t be awarded without verifying that the participating couple actually completes its task.

Thankfully for the couple, Kahlúa plans no Big Brother-type video surveillance. Instead, the couple will undergo a post-Valentine’s Day lie detector test, given by a polygraph examiner who’ll be dispatched to their home on Feb. 15.

Lest you wonder, Kahlúa backs up its contest with plenty of stats to show that relationships can benefit from less Internet time.  For example, it reports that Pew Research found 40% of people in relationships are often or sometimes bothered by the amount of time their partner spends on their screen, and 51% say their partner is distracted by their phone during conversations.

Kahlúa’s Stir It Up Challenge is being handled for the brand by Million Dollar Media.