Google Points To These Marketing Trends For 2022 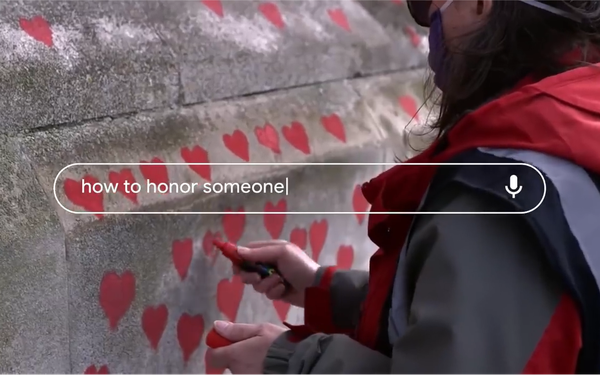 There were three major changes identified in searches throughout 2021. Some will stick around in 2022. Google points to many of them in its Year in Search post to help advertisers make the transition into the new year.

People felt generous in 2021. They wanted to give. Google this year saw more than 100% year-over-year (YoY) increases in searches containing “donation centers near me,” which includes donations for food.

Brands are in a position to support individuals in their purpose-driven goals, as people think about change and the greater good they can make when stepping up and taking action.

Navigating the job market changed in 2021. It wasn’t all about people getting laid off, but rather about them leaving their positions for something they really wanted. Google saw a 60% increase in searches that contained "how to write a resignation letter" between April and June.

The “Great Resignation” might be more aptly described as a “Great Reevaluation,” as more people found themselves selling stock. As it turns out, 4 million Americans quit their jobs in July 2021, according to the U.S. Bureau of Labor Statistics. Resignations peaked in April and remained high for several months, with a record-breaking 10.9 million open jobs at the end of July, according to Harvard Business Review. So, in 2022, retaining talent might take a few more perks.

Google Search data provides insights into changing priorities, cultural interests, and habits likely to last. This can help marketers prepare for what comes next. One way for brands to deliver reassurance is by going further in the safety precautions they take. Another way is to equip people with the information they need to make decisions and take calculated risks. Sharing a brand’s vision for the future can inspire people to turn their dreams of normalcy into reality.

In a year that continued to test many, 2021, the world searched “how to heal” more than ever. Whether they’re taking care of mental health, honoring a loved one, or reuniting with family, people found ways to come back stronger than before.