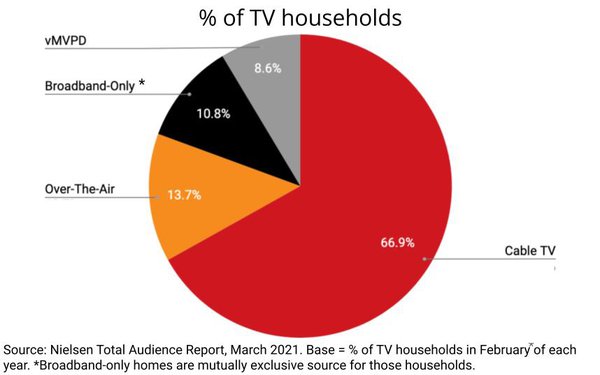 With Nielsen moving forward with one of the biggest changes in the way it calculates U.S. audience estimates -- adding viewing from broadband-only households -- the Media Rating Council (MRC) announced findings of a just-completed audit of its broadband-only homes, implying that it "uncovered" material problems that should be addressed before Nielsen implements the data into its production process.

"While MRC agrees about the urgency to address the coverage gap that currently exists in Nielsen’s local television measurements because of the exclusion of the segment of the population represented by broadband-only homes, we are concerned about the accuracy of Nielsen’s measurement of these homes at the present time, based on our audit’s findings," the MRC said in the statement, adding that key areas of concern include "a relatively high percentage of crediting inaccuracy by the meters that are deployed in the broadband-only homes, and the timeliness of Nielsen’s servicing and maintenance of those panel homes with meters that have exhibited characteristics associated with known or suspected metering problems."

The MRC said it also reviewed Nielsen's "creation process" for broadband-only homes universe estimates (UEs) and said that while it raised some questions, it had no significant findings or recommendations regarding the UEs.

The MRC reiterated its position that Nielsen should "strongly consider data accuracy issues" uncovered by its audits before implementing the broadband-only data into its production process, adding: "While Nielsen has made certain commitments to MRC about addressing the issues we’ve identified in our local broadband-only audit in a timely manner, until the matters resulting from our audit have been fully addressed and their resolutions verified, MRC’s concerns about the accuracy of the viewing measurements derived from the BBO Homes remain."

In September, Nielsen announced it would integrate broadband-only homes into its local TV measurement service in January 2022, and would simultaneously change its audience measurement estimates from conventional TV ratings (representing a percentage of TV households) to an “impressions-based currency” combining audience estimates for people watching via conventional broadcast and cable TV with those accessing content via a broadband internet connection.

Nielsen had planned to make that move a couple of years ago, but held off when some local broadcasters pressured Nielsen to delay the change so they could buy time and adjust to the changes, because it would immediately reduce linear TV's share of viewing in an incrementally bigger universe including broadband-only homes.

Broadband-only homes that have no linear TV viewing sources, but access online video and over-the-top TV content via a broadband connection rose to nearly 11% of all households this year, according to Nielsen’s annual Total Audience Report released in March.

Immediately following Nielsen's announcement in September, the MRC announced it was suspending accreditation for Nielsen's local measurement services, in part because of its decision to add broadband-only homes into their samples.

Noting that Nielsen had already been experiencing other "continuing issues" with the quality of its local TV measurement services, the MRC said it was not a good time to integrate broadband-only viewing at the local market level. 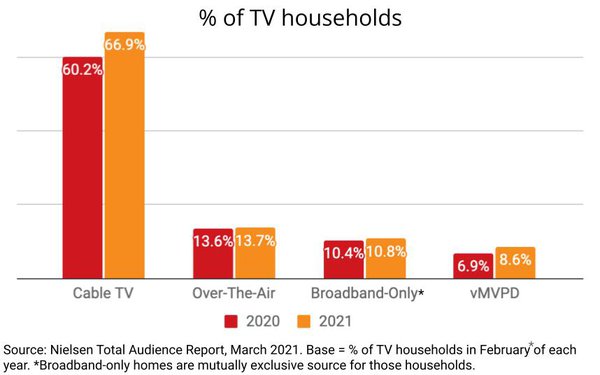