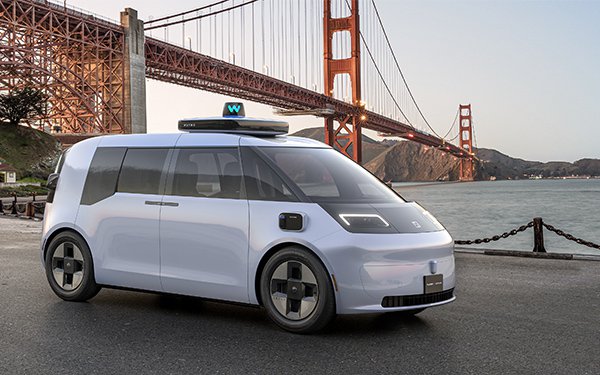 Waymo, an Alphabet company, teamed up with Chinese carmaker Geely to build electric, fully autonomous robotaxis for use in the United States.

The partnership -- announced Tuesday by Google’s parent company -- is part of a commitment to expand “access to sustainable transportation.”

The idea is to build fully autonomous, electric ride-hailing vehicles -- a step toward the move to “electrify” the Waymo One fleet, the company said in a blog post.

The all-electric Zeekr vehicle was designed in Sweden for autonomous ride-hailing, although it’s not clear how riders will hail a ride on the streets of New York City in a car that doesn’t have a human driver.

Concept images of the car shared by Waymo show that it does not have a steering wheel or foot pedals. It does have a screen that enables riders to check their progress.

Waymo described the transportation as a “rider-first vehicle” that features a flat floor for more accessible entry, easy ingress and egress thanks to a B-pillarless design, low step-in height, generous head and legroom, and fully adjustable seats.

Waymo said it will begin to introduce the electric, rider-first, fully autonomous vehicles on U.S. roads within its Waymo One fleet in the years to come.

The Alphabet company is building out its fleet. In November, the company announced it would test autonomous delivery trucks with UPS. The company initially partnered with UPS in 2020 to deliver packages between its stores and the shipping hub in Phoenix, Arizona.

The latest trials will take place in Texas, with Waymo Via trucks making deliveries for the UPS North American Freight unit between Dallas-Fort Worth and Houston.