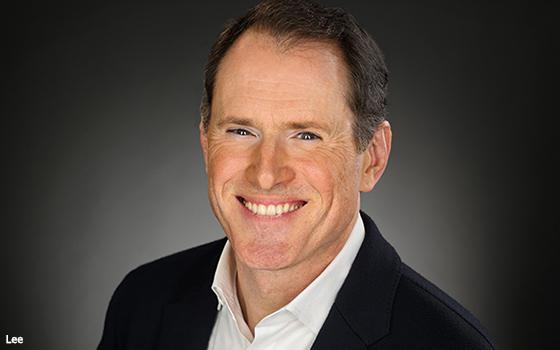 Under Daryl Lee, IPG Mediabrands has become a leading force in creating transparency, fighting misinformation and focusing on ethics in advertising and media buying. In particular, its work with NewsGuard -- wherein Mediabrands is able to redirect ad budgets away from disinformation and toward quality news publishers -- has stood out.

For one client in particular, Lee says, the media holding company identified “1,000 high-quality news sites and drove 9% pricing efficiency and 123% better conversion by supporting quality journalism.” Going forward, Mediabrands is looking to extend its work with NewsGuard beyond digital publishers.

Early next year, it will become the first media holding company to apply quality standards to television news, “helping clients prioritize investment in truthful news content and away from environments of misinformation and potential brand harm,” he says.

The new rankings will encompass 117 shows on 27 networks and will launch in the spring, in time for the upfronts.

Separately, Mediabrands undertook a comprehensive study of the disinformation and misinformation ecosystem as part of its focus on media responsibility, and Lee happily reports that the study’s release has resulted in ending the monetization of climate change denial content at several platforms

A native of South Africa, Lee is the global CEO of IPG Mediabrands, the media and marketing solutions division of Interpublic Group, made up of global media agencies UM and Initiative, and a portfolio of marketing specialist companies, namely Reprise, Magna, Orion, Rapport, Healix, Mediabrands Content Studio and the IPG Media Lab.

Lee is responsible for the strategic and commercial leadership and performance of the Mediabrands global network. He has held a series of roles with increasing responsibility there. Most recently, he was the global CEO of UM, which he joined in 2006 as head of global strategy. It became an award-winning global powerhouse under his guidance with a roster of iconic and fast-growing clients.

His strategic vision positioned UM at the forefront of media transformation, attaining industry leader status on Forrester’s first-ever Wave report on the media agency landscape in 2018.

Between 2010 and 2013, Lee was chief integration officer and then chief strategy officer at McCann Worldgroup, responsible for working across all McCann offices to ensure clients received integrated brand solutions customized to their business challenges. In 2013, Lee returned to UM in the role of global CEO and then joined Mediabrands in 2019.

Lee also spent six years at Ogilvy, where he was group director of the Marketing Strategy Group and the 360 strategy director for the global IBM account. Lee began his career as a consultant for McKinsey & Company in the New York office.

His focus on inclusivity comes from a deep-seated desire to help people grow and blossom in their careers. “I am deeply committed to mentoring people as much as I can,” he says, “as I learn so much from the experience, too. It is truly the most nourishing part of my career.”

He learned about the power of media and storytelling as a student activist in apartheid South Africa, “where we used every medium to tell the truth about the horrors of apartheid,” he says. “Everything I have done in my life, and my career, stems from that idealism and a belief in the power of media to help the dreams of democracy come true.”

And, he carries that idealism forward. “I am hopeful that media in the U.S. will play the same role by exposing bigoted propaganda as false and telling the truth to people,” says Lee. “In the middle of a global pandemic, having media sources that tell the truth is a matter of life and death for us.”

Lee’s career is driven by his passion for marketing, endless curiosity, respect for the power of storytelling and commitment to positive social change. He is a vocal champion for diversity, equity and inclusion in the world and the workplace.

He currently sits on the board of the economic empowerment non-profit STRIVE and is a former board member of the Gay & Lesbian Alliance Against Defamation (GLAAD). He is also on the Board of Directors of Effie Worldwide, sits on the Facebook Client Council and Twitter Influence Council and has been a juror for multiple awards including the inaugural Creative Effectiveness Cannes Lions.

As for what’s next, Mediabrands’ Rapport is out with a new green technology for outdoor advertising. Lee’s excitement about this eco-friendly OOH signage is apparent as he reports that a single “Rapport Beyond billboard has the capacity to offset 12 cars averaging 10,000 miles per year, the equivalent of planting 88 trees. Imagine the environmental impact when this becomes the new standard.”

And, Lee will serve as the 2022 Media Lions jury president. “There has never been more opportunity for innovation in media,” he says. “Media today presents a vast creative canvas with which to grab the attention of fleeting audiences. By updating the category to emphasize the role media plays in creativity, the Media Lions are recognizing how the scope and impact of media has broadened.”