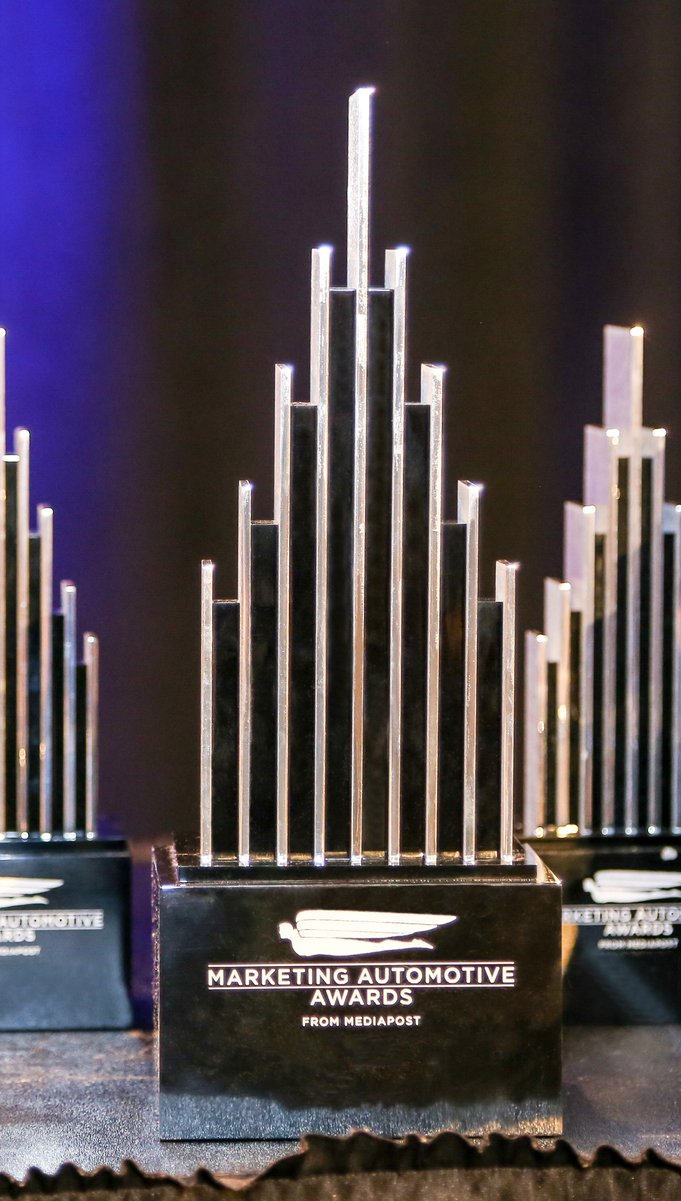 While the pandemic seems to be altering a lot of things, one thing that’s unchanged is that both the marketing and automotive industries love accolades.

So it’s no wonder that the story about the Marketing: Automotive award winners was the most-read DriveTime commentary of 2021.

MediaPost Names Best In Auto Marketing For 2020 revealed that the Automotive Agency of the Year (Traditional) award winner was Hudson Rouge for its work on behalf of Ford Motor Co.’s Lincoln brand. MRM (General Motors) was lauded as the Automotive Agency of the Year (Digital). The agency continues to win more of the automaker’s digital business, now handling cross-brand marketing including support of the GM BuyPower Card, vehicle purchase programs and Certified Pre-Owned marketing.

The third most-read story was, Ford's VanDyke Named Automotive Marketer Of The Year, the big reveal for MediaPost Automotive Marketer of the Year. Matt VanDyke, who shifted in January from Ford Motor Co.’s Ford Division marketing to CEO of FordDirect, led marketing efforts for several of the automotive industry’s most-talked-about and successful vehicle launches in the last 18 months, despite being in the middle of a global pandemic.

It’s not long before we will be asking for nominations for the best 2021 work, so get your thinking caps on now.

The eighth most-read story,Nissan, Infiniti Finish Tops In Reputation, was also about awards. The 2021 Automotive Reputation Report analyzed online reviews from more than 20,000 automotive brands and dealerships in North America (United States and Canada), and 15,000 more across Europe.

Electrification was a theme of many automotive stories in 2020, including some of the most well-read. The second most-read story of the year, Tesla, Ford, Lucid, Nissan Causing A 'Buzz', included details on how Tesla’s founder, the quirky and apparently good-humored Elon Musk, was the host of "Saturday Night Live."

Another electrification-themed story was the seventh most-read: Pandemic Prompts Consumers To Seek Familiar, Even In Vehicles. It detailed the findings of Deloitte’s 2021 Global Automotive Consumer Study. While the long-term trend towards electric vehicles continues to solidify, consumer anxiety amid the pandemic may be shifting automotive priorities.

The majority (74%) of U.S. buyers looking for a traditional internal combustion engine in their next vehicle rather than an electric vehicle, according to the study, which was fielded in late 2020.

A study about electrification was the theme of the tenth most-read story: Gen Y, Z Lead The Way With EVswhich detailed how younger consumers were more interested in alternative energy compared to Baby Boomers.

The fourth most-read story COVID-19 Changes Vehicle Usage, Relationship took a look at how consumers are using their vehicles in new and different ways.

While “car as office” isn’t a completely new phenomenon, it takes on a whole new meaning when the vehicle is parked in your driveway and you are mostly just trying to escape from other family members and pets. Nearly 30% of millennials used their vehicle for private phone and video calls compared to 18% of Gen X and boomers.

The fifth most-read story brought back a little bit of pre-pandemic “normal,” when the Super Bowl dominated news cycles instead of vaccines, variants and cancellations.GM Teases Will Ferrell Super Bowl Spot gave a taste of the over-the-top fun the automaker planned to have with “the big game.”

The pandemic pushed the auto industry to rapidly change to adapt to consumer demands. That was the focus of the sixth most-read story, Automakers Struggle With Digital Marketplace. For all the touting of integrating online and in-store retail, many automakers are still struggling to iron out the wrinkles. The story followed the buying experience of digital advertising executive Rachel Conforti, who detailed how there's definitely room for improvement.

The ninth most-read story focused on another trend prompted by the pandemic.Vehicle Reveals Continue Without New York Auto Show detailed how several automakers went forward with their reveals, even keeping their live New York events, despite the auto show being cancelled.

Rolling with the punches and adapting to change is something we’ve all had to get better at, both individually and as an industry, for better or worse.