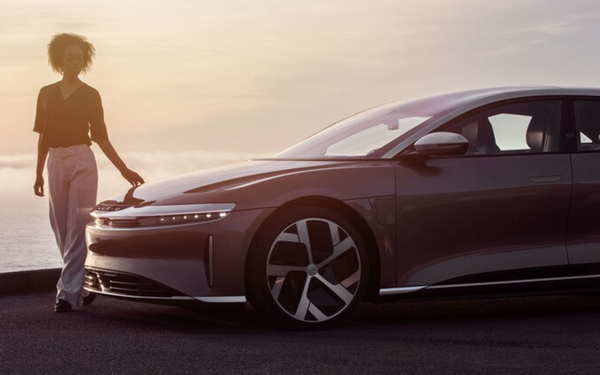 It’s been quite a newsy couple of days for electric vehicles and their makers.

Most notably, the quirky and apparently good-humored Elon Musk was the host of "Saturday Night Live." If we were back in the office, it would no doubt be the subject of many a water cooler or coffee room conversation.

Musk quickly proclaimed himself to be the first with an Asperger's syndrome diagnosis to host the show, perhaps giving himself an out for any awkwardness. But the billionaire turned out to be way more affable in the myriad of skits he appeared in than I was expecting.

“I’m pretty good at running human in emulation mode,” he said during the monologue. The chief executive of Tesla and founder of SpaceX acknowledged his Twitter gaffes and ill-advised public weed smoking incident: “To anyone I’ve offended, I just wanted to say, I reinvented electric cars and I’m sending people to Mars on a rocket ship. Did you think I was also going to be a chill, normal dude?”

During an appearance on the show’s “Weekend Update,” he tried to explain cryptocurrency to the mystified Michael Che and Colin Jost. He finally confirmed their suspicions that it’s a “hustle,” which is not something investors wanted to hear, particularly Dogecoin, whose price took a beating as a result.

Several automakers took full advantage of the fact that Musk and Tesla enthusiasts would be tuned in to the show to advertise their own electric vehicles, including Ford Motor Co., Volkswagen and Lucid Motors with its upcoming Air.

Lucid Motors tweaked a spot that had previously aired to emphasize its 500-mile range and ran it right after Musk’s monologue — a brilliant move from a media-buying standpoint. The startup also posted the revised spot on social media this morning including Twitter.

In other electric vehicle news, Ford announced its electric pickup will be called F-150 Lightning. The vehicle will be revealed May 19 at Ford World Headquarters in Dearborn.

The reveal will take place at 9:30 p.m. EDT and will be broadcast live with 30+ ways to watch across physical and digital destinations, including the Ford Facebook and YouTube channels, Twitter, key national publications as well as 18 impactful out-of-home locations such as Times Square in New York City and Las Vegas Boulevard.

“Every so often, a new vehicle comes along that disrupts the status quo and changes the game … Model T, Mustang, Prius, Model 3. Now comes the F-150 Lightning,” said Ford President and CEO Jim Farley in a release. “America’s favorite vehicle for nearly half a century is going digital and fully electric. F-150 Lightning can power your home during an outage; it’s even quicker than the original F-150 Lightning performance truck; and it will constantly improve through over-the-air updates.”

Finally, Nissan announced an innovative promotion that gives U.S. Nissan Leaf buyers the flexibility to "own the car they want and book the car they need," by offering a $350 credit on Turo with the purchase or lease of a new Leaf electric vehicle.

The nationwide promotion allows new Leaf owners the flexibility to access thousands of vehicles listed on the Turo platform, a peer-to-peer car sharing marketplace, when they need it. Nissan and Turo piloted this program with select Nissan Dealers in Denver, Phoenix, and Washington D.C. over the last six months.

"Nissan understands our Leaf customers and we know that there are times when they may need a different vehicle for a specific occasion," said Aditya Jairaj, director, EV marketing and sales strategy, Nissan U.S. in a release. ”With this offer, Leaf owners get a great electric vehicle that suits their everyday driving, but if they want a different vehicle to help move or take a large family on a road trip, Nissan and Turo are giving them options."

It’s a wise move, given that consumers like to have choice. More automakers ought to consider programs like Nissan's, and like the BMW i Flexible Mobility program, which offers gasoline loaner cars to i3 customers for the occasional long trip they may need to take.