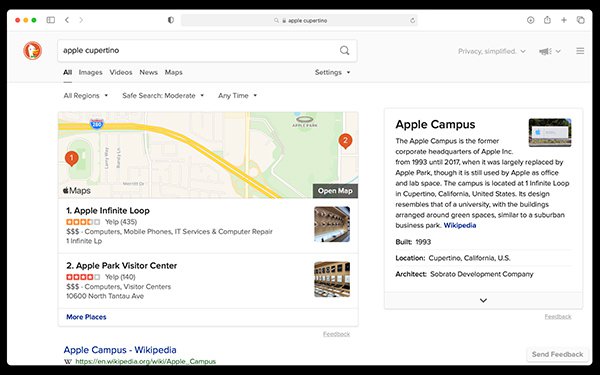 Brands that seek to share business locations, routes and other such details in visual form have a new solution for doing so in emails and on the web from Apple.

The new Maps enhancement, Maps Web Snapshots, allows developers to load a URL within the email or another location where JavaScript is unavailable and the brand seeks to replace a static image, Apple says in a Tuesday post.

“The center point of a map is the only required parameter for the URL, and can be either a comma-separated latitude and longitude pair or a physical address,” Apple says. “For example, use center="Apple Park" to request a snapshot centered on Apple Park in California.”

Users can also add query parameters for adding map annotations, setting color schemes and choosing terrain. There is one caveat, however -- the resulting images are not interactive.

Apple Developer Program members can display up to 25,000 unique Maps Web Snapshots requests free, the company notes. To avoid exceeding the service limit, Apple recommends “retrieving, storing, then embedding the rendered image rather than serve a link that retrieves the image.”

Computerworld writes that Apple’s Snapshot Studio allows developers to “build snapshots for use across a firm’s public-facing digital portals.”