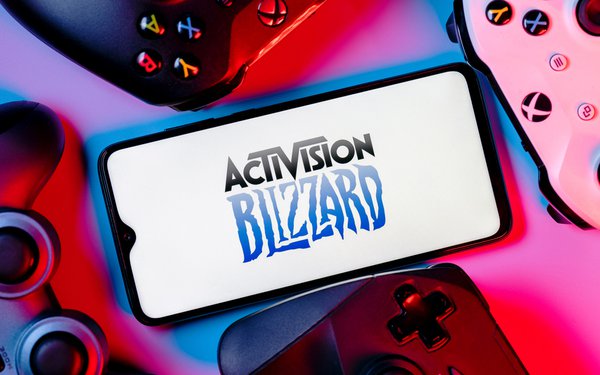 Microsoft on Tuesday agreed to buy Activision Blizzard for $68.7 billion in an all-cash deal that would add all blockbuster game franchises including "Call of Duty" and "World of Warcraft" to an already impressive lineup that includes "Minecraft."

This acquisition will accelerate the growth in Microsoft's gaming business across mobile, PC, console, and cloud and will provide building blocks for the metaverse, enabling the company to compete better with Meta, Facebook’s parent company.

In an 8-K filing with the Securities and Exchange Commission, Microsoft said the transaction would make it the world’s third-largest gaming company by revenue, behind China’s Tencent Holdings Ltd. and Japan’s Sony Group.

“Gaming is the most dynamic and exciting category in entertainment across all platforms today and will play a key role in the development of metaverse platforms,” stated Satya Nadella, chairman and CEO at Microsoft. “We’re investing deeply in world-class content, community, and the cloud to usher in a new era of gaming that puts players and creators first and makes gaming safe, inclusive, and accessible to all.”

Activision Blizzard CEO Bobby Kotick will continue in his role, according to a company press release detailing the acquisition. He will report to Microsoft Gaming CEO Phil Spencer.

The agreement -- which should enable Microsoft to better compete with Meta, Facebook’s parent company -- is pending regulatory and Activision Blizzard shareholder approval. It is scheduled set to close in 2023.

The acquisition will support Microsoft's Game Pass portfolio with plans to launch Activision Blizzard games into Game Pass, which reached a milestone of more than 25 million subscribers.With Activision Blizzard's nearly 400 million monthly active players in 190 countries and $3 billion-dollar franchises, this acquisition will make Game Pass one of the most compelling and diverse lineups of gaming content in the industry.

When the deal closes, Microsoft will have 30 internal game development studios, along with additional publishing and esports production capabilities.

The acquisition is not without challenges. The deal comes after months of sexual harassment allegations against Activision Blizzard.

The California Department of Fair Employment and Housing (DFEH) in July 2021 sued Activision Blizzard for promoting a culture of “constant sexual harassment,” as more employees continue to come forward. An $18 million settlement, which is being appealed, was reached in September

Gaming is an area of increasing focus for marketers and advertisers, and esports, which has gained massive appeal as a spectator sport, also presents many opportunities.

Mobile is the largest segment in gaming, with nearly 95% of all players globally enjoying games on mobile.