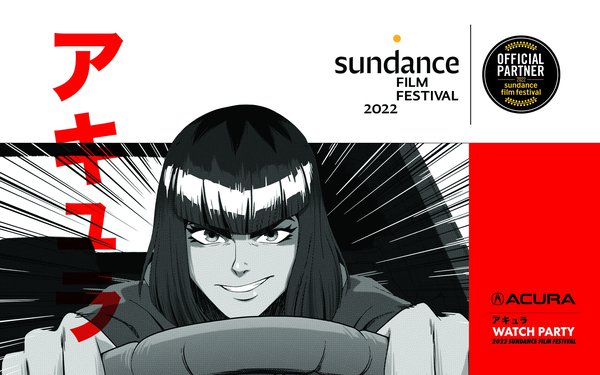 Acura is returning for a 12th years as a sponsor of the Sundance Film Festival.

The luxury and performance division of American Honda Motor Co. will debut an anime series showcasing the all-new lineup of Type S performance products during the online festival.

The automaker has created a 15-second teaser for the film that's on its website.

While some have grown weary of virtual/online everything, the automaker says it is “determined to maintain the mission and spirit of the festival from home with virtual conversations and activations with like-minded partners focused on supporting diversity in film.”

Activations include the annual Outfest’s Queer Brunch and hosting panels and a networking events with the Latino Filmmakers Network.

The brand is inviting consumers to take part from Jan 20 to 24 at AcuraWatchParty.com.

Additionally, Acura is sending Watch Party Kits to film students at various Utah universities and colleges participating in the Festival through the free Local Lens Initiative and Student Screening Program.