Which Brands Will Thrive In The Metaverse? 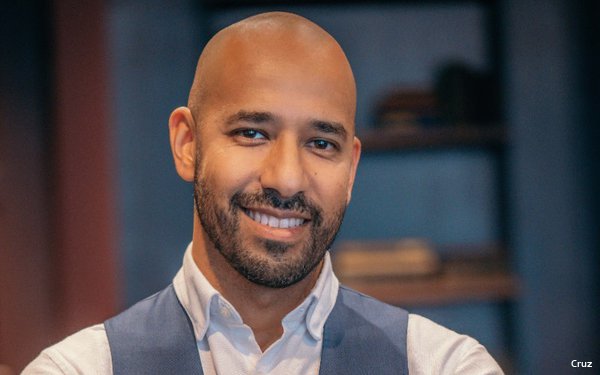 As non-fungible token (NFT) projects and cryptocurrencies multiply, the concept of the metaverse continues to attract global attention.

However, it is still largely unclear how brands and marketers will best utilize future opportunities in the virtual space.

Michael Cruz, partner and head of content at the agency Summer Friday, has been gathering information on the possibilities of crypto for future clients. We asked him what brands should and should try to avoid when approaching the rapidly evolving world of Web3.

MediaPost: How can brands begin to focus on NFT projects?

Michael Cruz: It’s the strategy component. The only real way to understand the impact this will have in our future is to immerse yourself in it. What Web3 is vs. cryptocurrency vs. NFTs –– the lingo –– needs to be understood first to be able to derive the right kind of strategy.

You can adopt the theories of Web3 from a brand perspective and enter that space understanding the impact of clout –– equity –– and what builds status.

It’s like that verified badge you might have and what that means from a perception standpoint. That badge means you’re an authority in this space.

MP: How important is the use function or utility of branded NFTs?

Cruz: It's going to be everything very quickly. I think art is cool and great, but it will only get you so far depending on how rare it is. When getting into the masses, utility will be bigger.

It’s for the people right now, and anyone who is respected in the NFT space and building projects is focused on keeping it decentralized to some extent and reducing the friction between payouts -- whether it’s artist and fan or, from a loyalty perspective, giving back to the customer base. That's the stuff that's making successful projects today.

MP: What kind of communities are developing in these NFT projects?

Cruz: There are very specific influencers, and they are building channels in Discord. They’re essentially becoming a broadcast to some degree. The community are not [token] holders, but they’re advocates –– amplification of what your NFT projects are.

When you have a large community, you can move them to do things in a different way than if you had a smaller community. And there's power behind that.

Or an agenda, or even when we think of advocacy or social justice and equity –– it's so powerful to own the community. But they're not necessarily gaining anything from it -- it's just the pigtail of a project they're really excited about.

From a brand perspective, there’s a lot of power in it. There’s a lot you can do with the fanbase.

MP: Brands are now hiring influencers on TikTok to rep their products. Will they hire advocates to do the same thing in these NFT communities?

Cruz: You’re talking about something that could be very interesting and lucrative, whether a sponsorship that comes into the Bored Ape community or the Hapebeast community and then gets divided up to anyone that’s been following on Discord, or token holders or loyalists, or anyone on Twitter.

If it's authentic, it can happen. Whether or not that’s the basis and objective of the project, that’s a whole different thing.

MP: Do you have a potential example of this?

Cruz: Adidas with Bored Ape Yacht Club. Adidas will launch a real physical shoe that only Bored Ape holders can get, but what does that mean in terms of your network? You must be connected because Bored Ape holders have ten top-tier tilt celebrities right now.

That’s where the clout comes in, and the status. What you do with that? “I’m the guy wearing the sneakers; I’m going to get onstage and I’m going to be teaching NFT strategies and launch my Twitter. All they’ll see is my avatar and, eventually, if I want to sell my avatar –– which is happening now –– I can sell my avatar with the Twitter followers.”

The avatar then becomes the celebrity to some degree, which is also what NFTs are being leveraged as. There are so many different opportunities.

MP: How can brands build success in the NFT space?

Cruz: What cryptocurrency and blockchain have done is give us the fundamentals, which is authentication online –– a different layer of ownership that exists in Web3 –– and then what you do with that.

Any project that's going to be successful will build on the fundamentals in a way that's innovative and creative, authentic and reflective of what they're offering, and then add that utility factor and get the real hype behind it.

That’s what I think is the route toward success these days. Brands need to focus on what that narrative is –– it's a strong narrative structure.

MP: Do you think all industries will be able to find success with NFTs? Or is it more industry-specific?

In this same way, this technology will be adopted by every industry in some way or fashion. You have states that are taking on their own cryptocurrencies, and then those are going to buy certain types of NFTs.

“NFT” is not necessarily the flashy art piece anymore. There are layers to it. It's tokens -- it's unlocking benefits.

MP: Are most NFT projects dependent on some form of art?

Cruz: An NFT project doesn’t need to rely on art per se. It can be your ticket in. Like Ticketmaster moving into NFT spaces. Or artist -- not only can you own a piece of their music, it gives you exclusive entry to front-row seats to any concert you want, or exclusive seating on their own private performances.

I think brands need to be acutely aware of how they can potentially leverage technology with their customer base and be willing to explore it, not just dip their toe in. What can you bring over that's real equity that you've already built from a brand perspective?

MP: What should brands avoid?

Cruz: You need to earn the respect of people who actually understand what they’re doing in this space. If you come in and bastardize the process in some way, that's an immediate fail.

There’s a language and there’s respect in the community and if you don’t know it, you’re going to be called out on it. That’s everything down to even the blockchain you decide to leverage.

What do you think when people say NFTs are a fad?

Cruz: It doesn't make any sense to me. An NFT could be as simple as your credit card in your pocket, which has benefits and you pay 500 dollars a year for it. An NFT could be the same: you're paying an entry fee and then you're getting benefits.