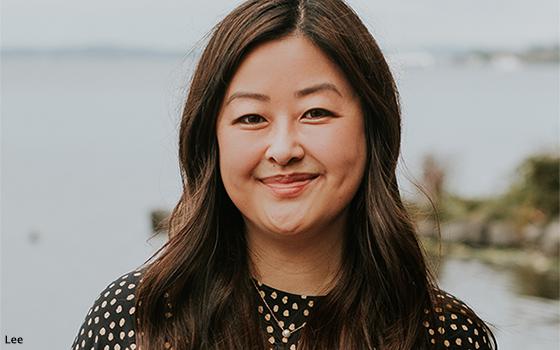 Annie Lee, the first CMO at Brave, heads a group of six on the marketing team, supporting a privacy-first browser and search engine where users can opt into ads that reward them with a frequent user-like token the company calls Basic Attention Token (BAT).

A branding campaign could be in the works for the company, which supports tokens that are redeemed or used to tip or contribute to publishers and content creators.

If the business model sounds innovative, it fits Lee very well. She has a passion for innovation, being at the forefront of change across the internet, working toward keeping safety and privacy for those who use it, and being an advocate for women and people of color.

She began her career in search, but in high school wanted to become an artist. “Back in those days designers didn’t make much money,” she said. “I come from very humble beginnings, so I had to pick a practical route.”

Marketing as a career surfaced as a balance between the things Lee loves such as art, numbers, and understanding people as well as the psychology around building relationships. She compares “the creator economy” to yesterday’s love for art.

“I wish I had time to read fiction, but I seem to jump into the black hole of the internet like Reddit communities and Twitter threads,” she said. “I read, but not the type of reading I normally love.”

She related to her favorite piece of fiction, The Black Castle, a short story based on truth, because it focuses on young people who overcame a hardship early in life.

Lee spent the first six months of her life living in Seattle and then got “shipped out to different places,” including Hawaii, where she grew up after spending the first few years with her grandparents in Korea. She learned English in first grade after coming back to the United States. Her mother, struck with mental illness, needed help taking care of her.

The best piece of business advice anyone gave her, a career is not meant to be linear. “If you look at my resume, you’ll find I took two steps forward, one step back, and another straight across,” she said. “Although I started my career in search advertising, I learned about display, and then I went to marketing. That marketing has lots of different specialties.”

Lee spent nearly three years at Twitch, where she marketed and helped to grow subscriptions, as well as several years at Amazon, nearly four years at Pinterest, and six years at Microsoft -- all in various roles from search to product marketing. She interned with the Seattle Mariners and Ticketmaster.

As a marketer, I think we have so much access to data. Brave, a privacy-first company with a browser and search engine, thinks there should be ways for consumers to more control of their data.