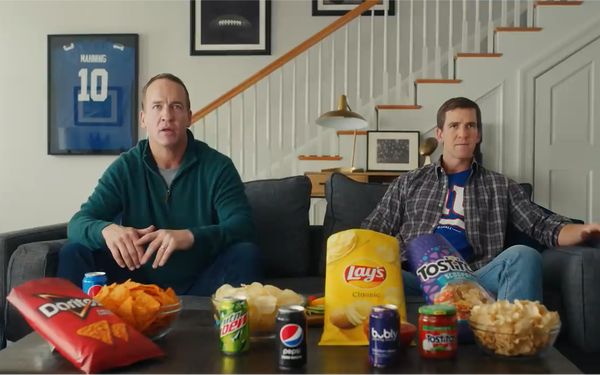 The cognitive science company, which uses technology based on methodology developed by a Massachusetts Institute of Technology (MIT) lab, uses artificial intelligence (AI) and cognitive science to analyze and predict visual assets, with what it says is “reverse-engineering cognition.”

For this analysis, it studied the long-term impact of Super Bowl ads, and found that the Pepsi commercial “Road to Super Bowl LVI” had recall levels 17% higher than the average Super Bowl ad.

Pepsi also took top honors in brand association, which analyzes two factors -- memory and attention -- scoring a 41.2 number. Pringles was next with a 41.0 score, while on the low end, Budweiser came in at 19.9.

By way of comparison, Pepsi’s “brand association” number was 24% higher than the average 2022 Super Bowl commercial.

Memorable says strong “brand association” is particularly crucial: “Build a memorable ad that people don’t associate with your brand and you might just be helping your competitors. Build a highly branded ad with low cognitive impact and your awareness is unchanged after all those millions spent on media. Show too many elements and risk being forgotten in minutes.”