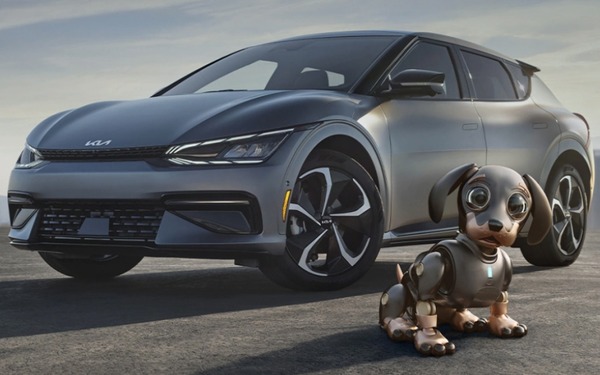 Kia America is planning new storylines for America’s favorite “Robo Dog,” according to its chief marketer.

“In the next several weeks, we’re going to release a couple new storylines to tell you what happened after ‘Robo Dog’ found his new owner, what goes on in his life,” Wager tells Marketing Daily. “It will have a sort of ‘day in the life’ theme.”

The automaker’s “Robo Dog” Super Bowl TV spot featuring the EV6 electric vehicle will also continue to run, he says. The 30-second version of the 60-second Super Bowl spot has already been viewed more than 8.3 million times on YouTube.

“You try to get people aware of a new vehicle and you want them to go find out more than just what we can put into that 60-second spot,” Wager says. “According to Google, we were the number one brand searched during the Super Bowl among all auto brands. And we had an almost 50% increase in our site traffic compared to the last time we were on the Super Bowl in 2020.”

The automaker created a video explaining how the experience works. There’s no need to download an app. Users open up the camera on their smartphone and point it towards a unique Kia Robo Dogmented Reality QR code to launch “Robo Dog."

“I may have taken him home, but @Kiausa Robo Dog belongs to everyone #ad. See how you can take him home, play fetch, and teach him a new trick through the #RoboDog AR experience,” Page posted on Instagram.

Kia is also throwing its hat into the Non-Fungible Token ring. The automaker offered 10,000 Robo Dog Adoption Pass NFTs on Feb. 11 and they were gone in 30 minutes, Wager says. Those with the pass will get early access to purchase one of the actual 10,000 “Robo Dog” NFTs for $20.22 on Feb. 18.

Ninety percent of the profits will be donated to the Petfinder Foundation. In addition, a 10% royalty is written into the smart contract on the blockchain, so whenever a “Robo Dog” NFT across the series is resold on a participating secondary market, The Petfinder Foundation will again benefit from funding for additional pet adoptions.

“I think what we’ve learned is, if it’s something that our customers want, they engage in it,” Wager says. “And the feedback that we’ve gotten on our social sites is they appreciate that this is for good. iI’s not about Kia making money on an NFT, it’s about us helping those in need.”

Kia’s partnership with Petfinder is open-ended, he adds. The automaker made a large donation to the nonprofit to help cover the adoption fees of a minimum of 10,000 shelter animals through the Kia Pet Adoption Grants, he says.

“Robo Dog” may have won the automotive category during the Super Bowl (per USA Today’s Ad Meter, where it was the fourth most popular spot overall), but cat lovers may feel a little left out. Will there be a "Robo Cat" joining "Robo Dog" down the road?

“That is a good question,” Wager says. “Maybe. I think we just need to see how this plays out and go from there.” 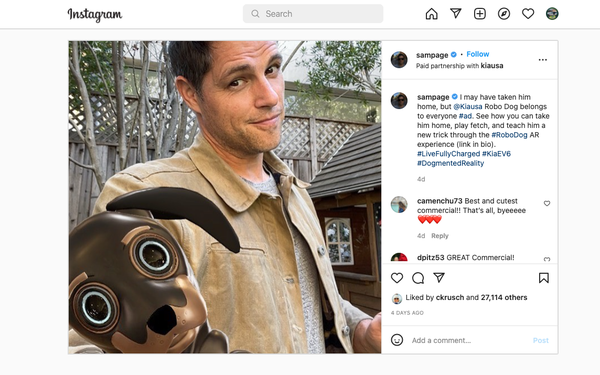