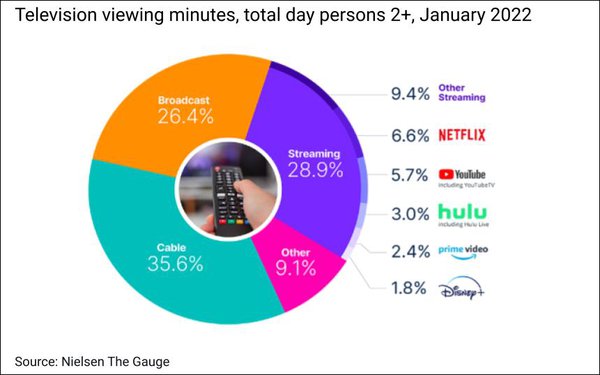 U.S. video streaming minutes in the first week of January hit 197.6 billion — far surpassing the previous record of 183 billion minutes set during Christmas week 2021, according to the latest data from Nielsen’s The Gauge metric.

For the full month of January, streaming volume rose 12% versus December, averaging 180 billion minutes per week, the highest weekly average for any month since Nielsen introduced the tracking tool with May 2021 data.

The gains drove streaming’s share of total television use up 1.1%, for a 28.9% share, and helped drive overall television viewing up 8% for the month.

Netflix increased its leading share of streaming viewership to 6.6%, from 6.4% in December, with the help of premieres including “Ozark,” which led all streamed programs as well as all original streamed programs for the period. (See top 10 lists below.)

Disney+ and Amazon Prime saw increases of 25% and 22%, respectively, driving a 0.3% share gain for each of the services.

Broadcast TV consumption also increased, rising 9% versus December, thanks to “the most compelling NFL playoffs ever” and increased engagement with dramas and comedies, which were up 22% and 17%, respectively, according to Nielsen.

Despite a 3% increase in usage, cable lost 1.7 share points, to finish January with a 35.6% share of television viewing. Nielsen attributes this primarily to the seasonal shift away from holiday movies. 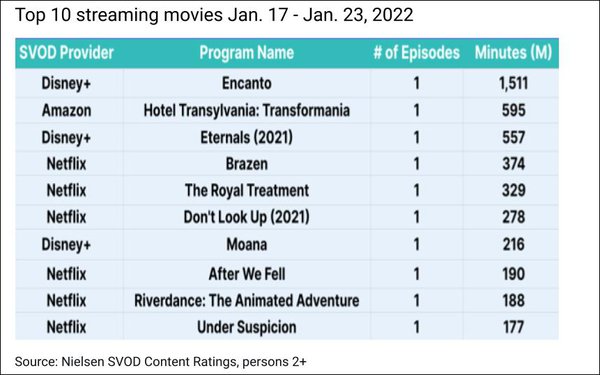 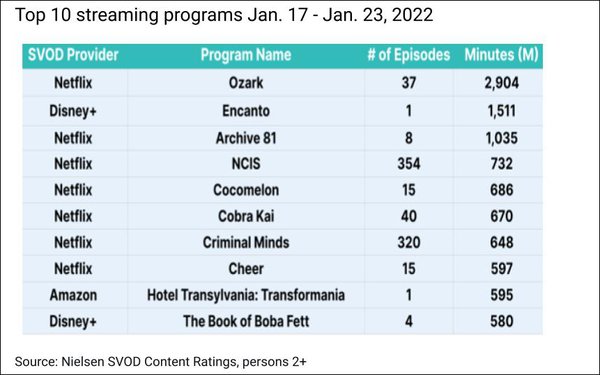 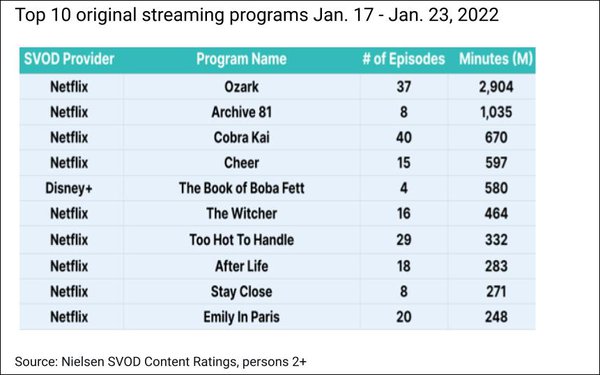 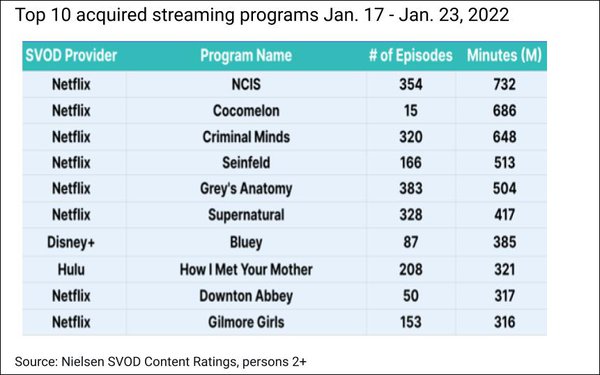