20%+ Engage With Interactive Ads, But Many Aren't Sold On AVOD Content 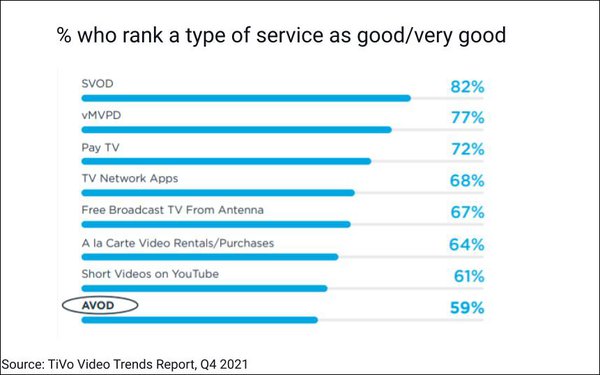 The good news for advertisers in TiVo’s latest Video Trends report, based on a survey of U.S. and Canadian adults in Q4 2021, includes significant levels of engagement with interactive ads.

Nearly a quarter (21%) report having used their phone to scan a QR code in a TV show or ad, and the same percentage report having tapped on an interactive ad on their smartphone or tablet.

Also positive for advertisers: 65% of consumers are willing to watch ads to get free content, and 60% now say they use at least one ad-supported video-on-demand (AVOD) or free, ad-supported streaming (FAST) services.

The average consumer uses 2.4 AVODs — significant, though still fewer than the 3.5 per-person reported for subscription-based video-on-demand (SVOD) services. (Overall, including authenticated TVE apps associated with pay-TV subscriptions, the average total number of services per person is 8.9 —up from 8.8 in Q2 2021.)

Also, more than half (54%) say they wish their SVOD services offered a free, ad-supported option, and 56% said they would rather use AVOD streaming services than subscribe to another paid service.

On the not-so-positive side, 74% say they watch AVODs simply because they’re free, and 41% say they would be willing to pay for an ad-free version of their AVOD service. 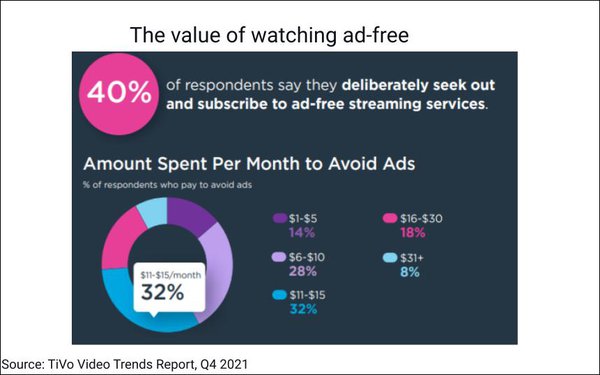 Here’s what consumers say about when it’s important for content to be ad-free: 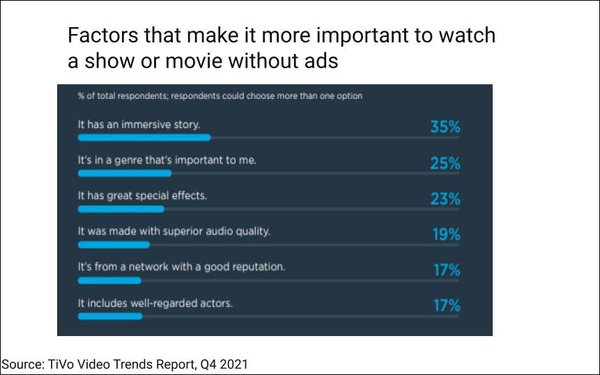 But perhaps most telling, while consumer assessments of the quality of their various video services are relatively high across the board, AVOD services are consistently ranked lowest.

Only 59% of respondents said the quality of their AVOD services were “good” or “very good,” versus 82% saying the same about the highest-ranked services, SVODs (chart top of page).

Also, more than one third (36%) say that the shows and movies offered on AVOD services aren’t as good as those offered by paid services.

Still, 25% say AVOD content is just as good or better.

As for the demographics, the survey confirms that younger consumers are more likely to use AVOD/FAST services.

Urban dwellers are most likely to use these services, although rural residents aren’t far behind. 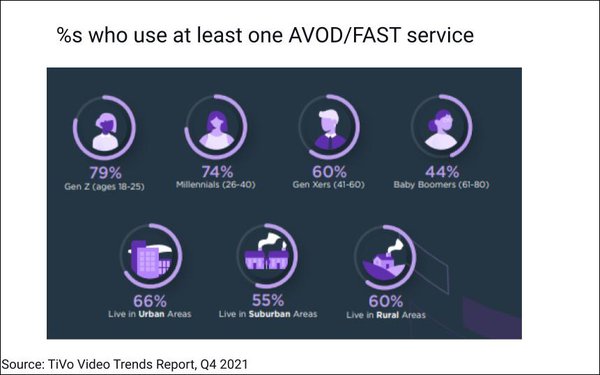