Blazing Her Own Path: INFINITI Marketing Director's Road to Success 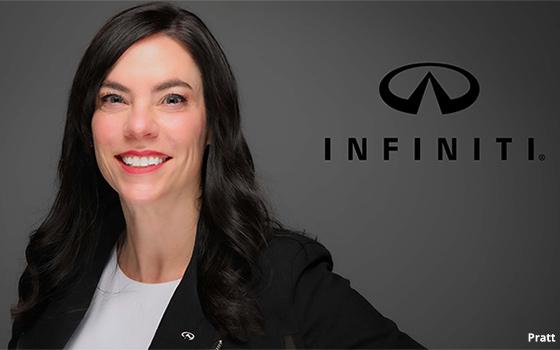 Behind the Scenes with Shelley Pratt

Infiniti's Shelley Pratt talks blazing her own path, the power of women role models, and remembering to ask "why."

"I really struggled to have this balance of trying to figure out work, like trying to be really good at work and trying to be a really good mother, and there were days where I didn't feel like I might have been good at either one of them.”

With all the challenges a woman executive might encounter working in the automotive industry, motherhood was Shelley Pratt’s biggest. Now the director of marketing & media at INFINITI, Shelley found her balance when she realized she didn’t need to be perfect. In this episode of Brand Insider: BTS, Shelley talks with me about succeeding in a traditionally male-dominated industry, why she loves it, and how she’s learning to be fearless from her daughter. You can watch the video of the entire conversation here.