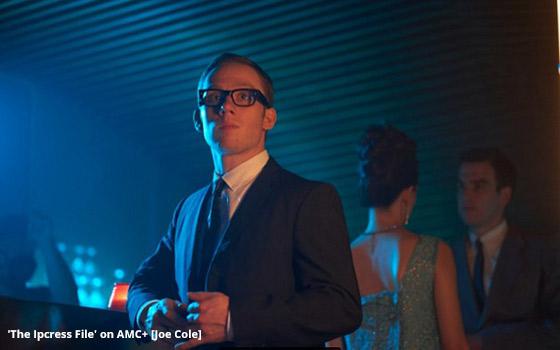 This time around, it is “The Ipcress File,” which was first a 1962 novel by Len Deighton, and then a well-remembered 1965 movie starring Michael Caine.

It is now a six-part TV series from England that comes to the AMC streamer AMC+ on Thursday.

Someone at AMC Networks must really have a soft spot for Cold War cloak-and-dagger thrillers because “The Ipcress File” is the second such series to come to AMC+ in little over a year.

The other one was last year’s “Spy City,” also a six-parter, that like “The Ipcress File,” was set in the divided city of Berlin in the early 1960s.

The former capital of the German Reich was Ground Zero for the tense East-West stand-off of the post-war years and teemed with spies from all sides.

Their clandestine movements, in which they continually tried to outflank each other in a kind of real-life chess game, has long made for engrossing books, movies and TV shows.

The new TV version of “The Ipcress File” takes its place among the best of them. In the TV show, the Michael Caine role goes to Joe Cole (pictured above).

He plays Harry Palmer, a British corporal stationed in West Berlin who has built a lucrative (and illegal) sideline selling stolen western goods such as cases of American whiskey and Hershey bars to contacts in the east.

In the premiere episode, he is arrested by British military police and sentenced to a long prison term for his efforts.

But his sentence is suddenly cut short when British intelligence realizes he can be a valuable asset because of his contacts and connections in the shadowy East Berlin underworld.

They then enter into an uneasy alliance. Before long, Palmer’s handlers learn he has his own way of doing things.

Like the best movies and TV shows set in bygone time periods, “The Ipcress File” fits into its early-1960s setting with no noticeable discomfort.

Great attention has apparently been paid to assembling the era’s clothes, cars, office accoutrements and anything else that is necessary for a TV show to truly “inhabit” the past.

If I am not mistaken, some of the vehicles seen in the show are real cars and trucks from the era that may have been manufactured behind the Iron Curtain. And if they were not, they work perfectly as stand-ins.

The rest of “The Ipcress File” works perfectly too.

“The Ipcress File” starts streaming on Thursday (May 19) on AMC+.