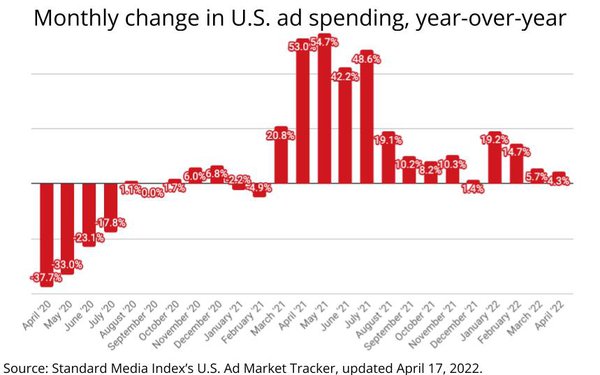 U.S. ad spending expanded for the 14th consecutive month in April, rising 4.3% over the same month a year ago. More significantly, April represented a 60% expansion over April 2020, which was the low point of the COVID-19-related ad recession two years ago.

The data, which comes from U.S. Ad Market Tracker, a collaboration of Standard Media Index and MediaPost, also shows smaller advertisers and categories continue to lead the expansion, while the top 10 were essentially flat -- rising only 0.5% over April 2021, although the group gained 48.8% over April 2020.

Digital media continued to expand faster than traditional media, rising to a 56% share of total ad spending in the U.S. in April -- up from 51% a year earlier and only 43% in April 2020.

Other than out-of-home, which expanded 59% in April all other traditional media experienced ad-spending declines vs. a year earlier.

But print media have ben especially devastated, with magazines and newspapers being the only media down vs. April 2020's low: -46% and -13%, respectively. 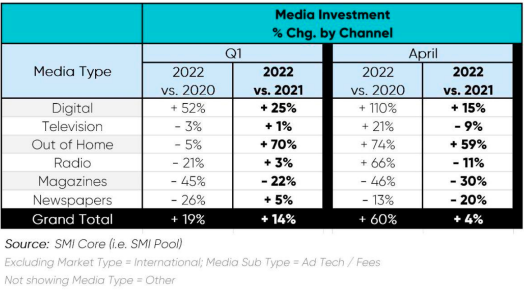