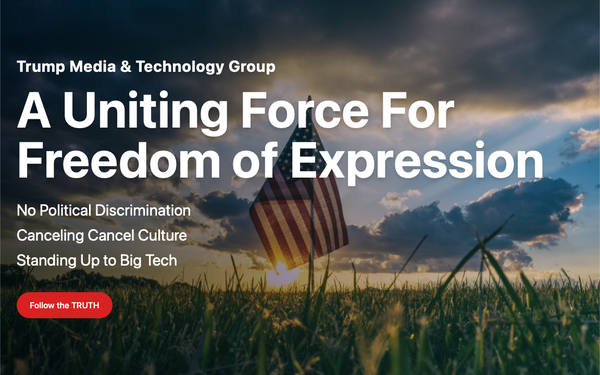 Digital World Acquisition Corp., the company that intends to acquire Trump Media & Technology Group, says the media group plans to offer up a subscription video streaming service that will "embrace" pro-gun programming, among other themes.

The filing with the Securities and Exchange Commission -- on May 27 -- comes just days after 19 children and two teachers were killed by a shooter in an elementary school in Uvalde, Texas.

“TMTG+ intends to offer programs including, but not limited to blue collar comedy, canceled shows, Trump-specific programming, faith-based shows, family entertainment, shows that embrace the Second Amendment, and news,” according to the filing.

Although Truth Social has been downloaded over 1.2 million times, Sensor Tower said in late March activity slowed to average around 60,000 downloads per week.

Citing possible risks of the business, the filing said: “Adverse reactions to publicity relating to President Trump, or the loss of his services, could adversely affect TMTG’s revenues, results of operations and its ability to maintain or generate a consumer base.”

It adds that: “According to The Hill, only 30% of people surveyed would use a social media site associated with President Trump. In addition, according to a survey published in The New York Post, only 60% of Republicans would use such a platform.”

Digital World Acquisition Corp. stock price was down 2% in mid-Friday stock market trading to $43.95. DWAC stock is down 55% since the launch of Truth Social in March of this year.

DWAC says for the first quarter of this year it had a net loss of $1,884,389. The filing says TMTG has not generated significant revenues to date.

DWAC is a special purpose acquisition company (SPAC) formed with the specific intent of merging with the Trump Media & Technology Group.