How A Child From One-Party Communist Romania Became A Successful U.S. Entrepreneur 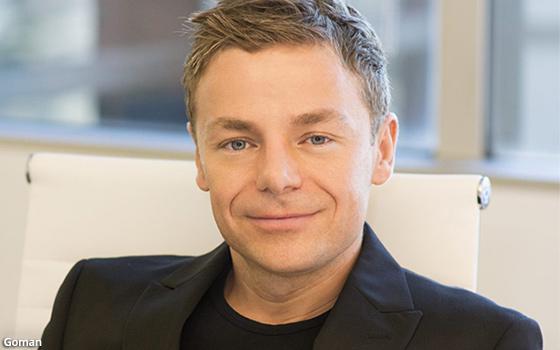 Dan Goman, CEO and founder of Ateliere, clearly remembers bread and milk lines, and the day he left Romania, fleeing to Italy and then to the United States at the age of 10.

“We had a large family, so everyone had to pitch in,” he said. “One thing we had to do was get up early and get in line for food before they ran out.”

Born in Western Romania in the 1970s, Goman and his family lived under an oppressive communist regime that gave his father a choice to conform and become part of the communist party or keep quiet. He did neither, so both parents were fired from their jobs as university professors and blacklisted.

“The state is the employer, so you just can’t go from Microsoft to Google to find a new employer, he said. “They applied to leave the country, which took about 14 years.”

The night before leaving Romania to board a train to Italy in 1984, he couldn’t sleep because “we were going to this magical place.”

Since no one had passports and the country restricted the people from leaving, Goman remembers Radio Free Europe helping his parents and family to leave Romania. The non-profit put pressure on the government.

Goman, 46, always wanted to become an entrepreneur. During Goman’s conversation with Data & Programmatic Insider, he called the U.S. “the land of milk and honey, the promised land,” and said he understands how others who want to come to the U.S. feel. “It is still the land of opportunity,” he said. “When you’re born in the U.S. and people say ‘you can do anything you put your mind to do,’ I don’t think people really understand the power of that statement.”

Once in the U.S., Goman learned English and taught himself the programming language Basic. He worked at Microsoft, Nokia, BMC Software, and CA Technologies.

When asked to cite the best piece of business advice anyone gave him, he said “when I started down the path, I thought it would be big and quick. A friend told me to temper my expectations and prepare for the long haul. It’s the best piece of advice I received but didn’t initially accept.”

Ateliere, which means high-end creative studio, is a three-year-old cloud-based platform that manages content for large enterprises and media entertainment customers like Magnolia Pictures, and streamlines the content distribution process. The former company name -- Ownzones Entertainment Technology and founded in 2009 -- changed with the focus.

Some of the files saved by companies throughout the entertainment industry and for advertising are massive. Ateliere works with one company that produces more than 100 million versions of one ad annually. Using its technology, the client can reduce the number of versions and remove duplicates.

“A lot of our customers want to know the titles creating the most traffic, but the company doesn’t track data,” he said.

The biggest challenge for the year is finding the staff to add to the company’s approximately 100 employees.