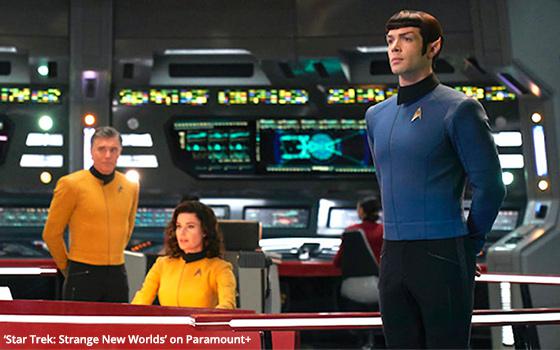 New, high-profile streaming series debuting in May took advantage of the lower share of traditional, linear TV viewing, which contributed to an overall spike in all streaming to a 31.9% share in total day persons viewing from 30.4% in April, according to Nielsen’s “The Gauge” measure.

That is the highest level so far under this measurement tool. The 1.5% rise in share is the sharpest increase for any category since Nielsen started The Gauge a year ago for the month of May 2021.

The data here includes a combination of Live+7 time-shifted viewing for weeks one through four in the month.

Broadcast was at a high of 28.8% in October 2021 -- the month where broadcast shows typically get new season starts.

Nielsen says 9% of overall cable viewing went to sports viewing -- up 7% from April.

News content continues to dominate all cable viewing -- comprising a massive 70% of viewing consumption. Cable news was down 4% from April.

Brian Fuhrer, senior vice president of product strategy and thought leadership at Nielsen, does note there is a historical trend of low linear TV viewing starting in mid-May (after the TV series finales have aired), continuing through August.

All this gives alternative viewing platforms a place to establish a firm foundation to start a TV series.

This is where Netflix and Disney+ went to work. The new season of Netflix's “Stranger Things” and Disney+'s new “Obi-Wan Kenobi” contributed to streaming high levels -- with Netflix now at a 6.8% share and Disney+ at 1.7%.

Looking at the last weekend at the end of the month, when these shows are launched, Disney+'s share jumped to 2.5% on Friday, May 27th. The next day, Netflix rose to 9% of overall TV viewing.

But digging deeper, YouTube had a sharp spike in May to a 6.7% share, up from 6.1% in April. This is also a full share point from May a year ago.

To be fair, YouTube's rise also includes viewing on YouTube TV, the virtual pay TV provider -- and depending on how Nielsen accounts for that, it could change things. But other non-Nielsen measures and estimates continue to indicate the strength of the popular Google-owned digital video platform always being near Netflix.

Either way, an “inflection point” for streaming this summer could be here, according to Fuhrer -- which probably is news to anyone that streaming is a big thing now.

That said, all roads do not lead to the usual suspects -- like YouTube. In that regard, one wonders whether measurers in the future need to put together results from Disney+ and Hulu -- another virtual pay TV provider.

Aggregating viewers per media holding company could be a good thing for some -- marketing-wise.