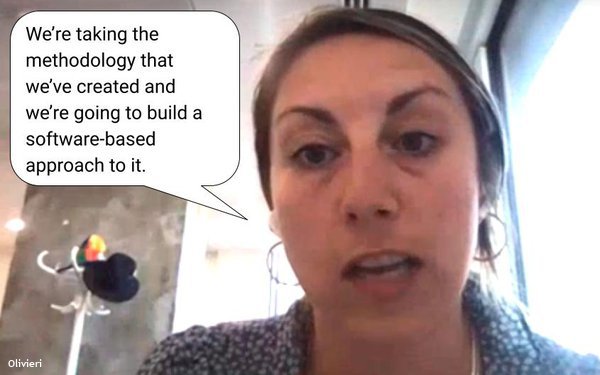 With record temperatures and wildfires burning across parts of the planet, GroupM this morning unveiled a plan to accelerate the ad industry’s shift from simply promoting and utilizing measurement to “offset” the carbon created by the media industry to actually reducing it. And it’s willing to put its money -- as well as its clients', and hopefully those of the rest of the ad industry's -- behind it.

The plan, which is based on several years of research evaluating a wide variety of media-related carbon calculators, includes a new report providing the basis for standardizing an industry-wide calculator focusing on creating ads and buying media that will reduce the ad industry’s carbon footprint, as well as steps to operationalize it – initially internally at GroupM and with its clients, but also through various trade bodies and ideally with its peer agency holding companies and their clients in the industry.

“We think that what we are putting on the table today is a huge step forward, but we also acknowledge that there are some fantastic brains and some fantastic people in the industry who can take what we’ve given them and actually work together to get to that final solution,” Oliver Joyce, Global Chief Innovation Officer at GroupM’s Mindshare unit said during a preview of the methodology that is powering GroupM’s new media-buying carbon calculator.

Joyce, who tipped GroupM’s hand on these plans during a presentation at the Cannes Lions Festival a few weeks ago, oversaw the research and development alongside GroupM & Choreograph Global Chief Innovation Officer Krystal Olivieri, who has been a rockstar in the development of similar methods and tools to tackle other vexing industry issues (see GroupM’s Ethics Compass), but both she and Joyce emphasized the urgent need for speed on this one.

Citing data from one of GroupM’s research partners on this initiative, Scope 3, Joyce noted that the ad industry has a good track record of coming together to create standards to fix big problems such as consumer privacy and harmful media content, but that the time frame for tackling climate change and decarbonization of the media industry’s role in it needs to be accelerated.

That is the main reason GroupM is providing the proprietary research, findings and methodology it invested an undisclosed amount of money and resources in to the rest of the industry.

“Once you’ve got the boundaries and a standardized process you can actually just get to a transparent calculation methodology quite quickly. It’s not a black box. It’s not a different version. It’s literally, ’this is the scientific approach to Greenhouse Gas Protocol that’s aligned with that’,” Joyce explained, adding that GroupM will be putting its own client’s “investment” dollars behind the transformation.

In terms of GroupM’s time frame, it has already begun reaching out and working with trade organizations and has had initial discussions with big digital media publishers and platforms, and with today’s release of its findings and methodology hopes to jumpstart the involvement of other peers.

Joyce and Olivieri said GroupM will roll out an alpha version of its new standardized carbon reduction (not offsetting) calculator in the next few weeks and plans to make it a general release across its organization in the fourth quarter.

GroupM initially will continue to focus on using the methodology and the calculator to invest in the decarbonization by media “channel,” because that’s where the most stable public data currently is available, but it plans to begin working directly with major publishers and platforms to gain access to their own company-level data so it can begin making better publisher/platform-level decarbonization investment decisions.

Joyce emphasized that GroupM’s “investment teams” would be working closely with their supply-chain partners, which is significant, since a new Forrester Research Wave study found GroupM ranks No. 1 in “market presence,” but as big as it is, the GroupM team emphasized the need for an industry-standard calculator and decarbonization methodology to be embraced industry-wide in order to have the fastest impact possible.

The report’s findings are robust and detailed and will be the basis for some follow-up coverage by MediaPost, but one of the points highlighted during Monday’s presentation was the fact that many people have already been surprised to find that digital media is one of the biggest contributors to carbon output in the media industry, but that there are simple immediate steps that can be taken to reduce it quickly.

Some of the steps are relatively cosmetic such as the choice of colors used on pages, some of the background data analytics running, as well as material ones, like the number of ads loaded on a publisher’s or platform’s pages, but all of them are variables that can be addressed -- and presumably negotiated vis a vis big media-buying organizations.

To illustrate this point, Joyce showed Scope 3 data revealing that among a group of digital publishers analyzed, there was a six times difference in the carbon output between the most carbon-neutral publisher and the one ranked No. 6 in the analysis.

“Some of the work we’ve seen is a 20x difference,” Joyce added, noting, “so there are huge things we can do today to make a difference in that space. Clients are telling us they are prepared to shift investments to lower carbon media over time.” 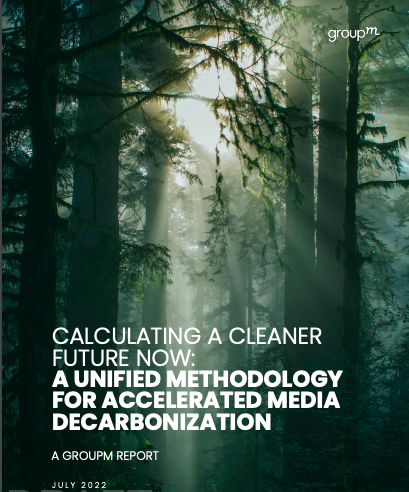 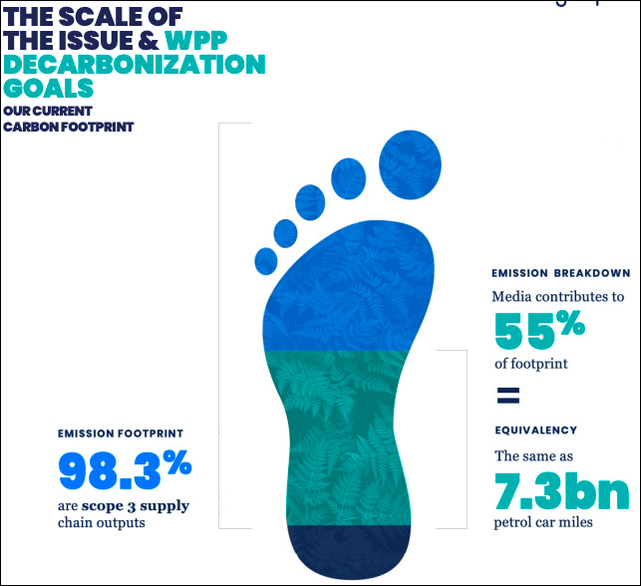