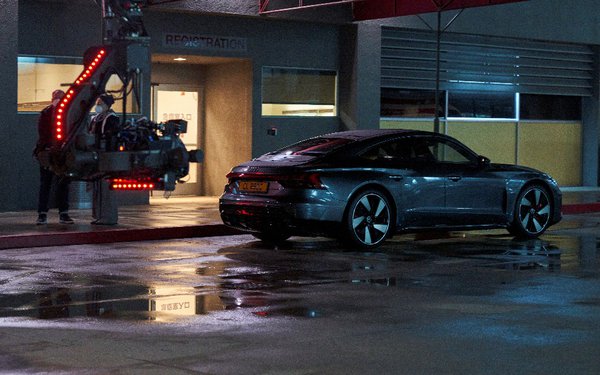 Audi is teaming up with Netflix on an action thriller that will be released on the streaming channel July 22.

“The Gray Man,” which opened in select theaters globally on July 15, features four Audi vehicles and stars Ryan Gosling. It is directed by Joe and Anthony Russo.

Audi and Netflix are releasing a behind-the-scenes video showcasing the vehicles in action. The automaker is billed as the official automotive brand featured in the film.

The models featured are the all-electric Audi RS e-tron GT and Audi Q4 Sportback e-tron, as well as the Audi RS 7 Sportback and Audi R8 Coupe.

Audi worked with the directors Joe and Anthony Russo on selecting the new cars, says Henrik Wenders, head of brand, Audi AG. The film was a good fit for the brand because of its global appeal and intrigue, he adds.

Following the Netflix launch, Audi will tell the story behind the Audi Q4 Sportback e-tron in a digital short film where viewers will learn how Agent Dani Miranda (played by De Armas) was first acquainted with her electric car.

This collaboration between Audi and Netflix will come to life across nearly 30 countries around the world, with global premiere arrivals that include Audi’s fully electric fleet as well as social and digital activations.