It's Time For A Change, And By That, I Mean A Crisis 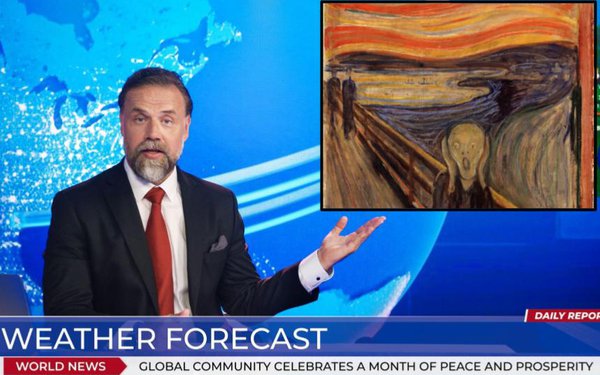 As far as the language of existential threats goes, one of the worst that ever happened to humanity was when we replaced "global warming" with "climate change." It's time to call it what it is: a climate crisis.

It has been more than a decade since I led a delegation from Madison Avenue to meet with climate scientists at the University of Massachusetts to help figure out a way to better communicate the science to people, and I fear nothing much has changed. In fact, we've moved in the opposite direction, quelling people's anxiety by adopting an even more neutral way of talking about one of our greatest existential threats.

We did that for political reasons to appease climate crisis deniers.

We did it for economic reasons to appease business interests -- primarily the fossil fuel industry.

We did it avoid the kind of cognitive dissonance that can happen when people realize their very existence isn't just being threatened long-term, but far more imminently.

The good news is that people on all side of the political, economic and cultural spectrum appear to be more accepting of the reality of the climate crisis, because unlike denying the threat of a virus you cannot see, the effects of climate change are visible to anyone who can look outside their window.

More than a decade after the late U-Mass professor David Lustick organized the meeting between climate scientists and ad pros, the ad industry has embraced its role in fighting the climate crisis, including using its massive media-buying clout to actually decarbonize an industrial segment.

But for all the energy consumed by the media industry, it problem contributes only about 1% of the carbon we add to the environment each year, meaning that it is symbolic, but probably not enough to have a meaningful impact on our ability to survive and thrive on Planet Earth.

To do that, Madison Avenue needs to do what it does best outside its own supply chain -- which is influencing the way people think, feel and behave around all their other supply chains.

That's not an easy act for an industry premised on creating demand, driving consumption, and competing with lots of others to maintain or grow their share of things that, in the end, are contributing to humanity's greatest crisis.

I've been writing a lot about that paradox recently, including the insight that one of the best ways to reduce advertising's contribution to carbon is, well, not to advertise. Or to advertise a lot less. And in smarter ways.

That might be a feasible goal in a world in which marketing was comprised mainly of Fortune 500s, 1,000s or whatever, but it's probably an impractical one to address in a world of 12 million-plus brands, most of which are competing for share with the historically Fortune-ate ones.

What the ad industry really needs to do is organize a massive global campaign to change the way people think, feel and behave about the climate -- moving from a not-so-alarmist "change" to an "our house is on fire" crisis.