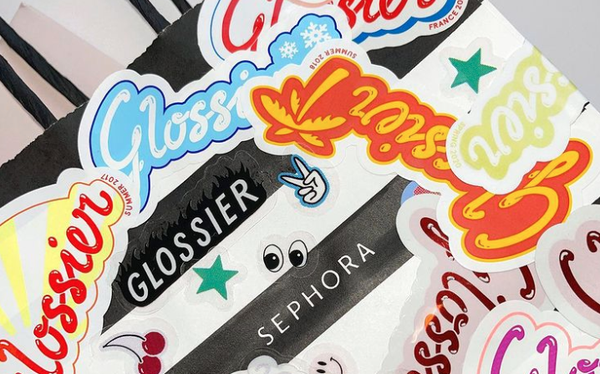 Glossier, once considered the ultimate D2C success story, has announced that it will sell its beauty products at Sephora starting next year, in its first retail partnership.

Given the number of digital natives that have sought out retail partnerships to boost sales, that's hardly surprising.

But to many observers, this announcement feels more symbolic. "The direct-to-consumer golden age is officially over," laments the Business of Fashion.

Overly dramatic? Hardly. "The largest D2C brands are in a negative growth mode and have been for two years," says Ranga Eunny, a researcher at PipeCandy.

It's never been easy. But as venture capital has dried up, these digital natives have started facing survival odds that make "Squid Game" seem like a cakewalk.

While hundreds of thousands of D2C and ecommerce brands exist, just four marketplaces -- Amazon, Walmart, eBay and Etsy -- accounted for 52% of all ecommerce sales in 2021. And they made up 65% of all incremental sales between 2020 and 2021.

And even as ecommerce sales soared during the pandemic, the growing share of the powerhouses pressured all other ecommerce, "but especially U.S. D2C companies," Eunny tells D2C FYI.

Even the high-flying brands that once epitomized the D2C category -- from Casper to Warby Parker to Allbirds -- have had to make radical shifts.

For the past six months,  PipeCandy has been analyzing monthly site traffic patterns for the top 27 ecommerce sites, which account for roughly 80% of all U.S. internet sales and the top 100 online DTC stores.

In the D2C category, site visits keep falling, down 8% in May. And in the fashion and apparel sector, which includes beauty companies like Glossier, visits fell 9%.

"While the effects of inflation and the curb on discretionary spending have affected all categories, the negative trend is more pronounced in fashion and apparel, including beauty products," Eunny says.

PipeCandy estimates that nearly 60% of all D2C brands are in the fashion and apparel sector. Beauty, a subcategory, accounts for about 18%, or roughly 10,000 brands.

Glossier, of course, is a giant among these, once valued at $1 billion. It's pursuing a branded retail strategy and has a small fleet of physical stores.

But the pressure keeps building. There have been layoffs. Founder Emily Weiss, who created the Glossier empire from her beauty blog, stepped down.

The Sephora partnership could begin a bright new chapter for Glossier, introducing its affordable favorites to new audiences in the U.S. and Canada. It can also reach millions customers more through Sephora.com.

"This is a huge moment and milestone for our community," it says in its announcement on Instagram. While this is its first retail partnership of its kind, it had experimented with a Nordstrom pop-up some time ago. And New York magazine reports Glossier products are showing up in TJ Maxx, an off-price retailer.

But if a pure D2C model can't work any longer for Glossier, it's hard to imagine how the other 99,999 will survive --  especially as venture capital evaporates.

Some brands may get acquired. Others may follow Glossier into retail partnerships. And of course, many can and already do sell on other marketplaces. But many will fail.

"D2C brands will always be there in some way," says Eunny. "But I don't see D2C brands building up further. There will have to be further consolidation."