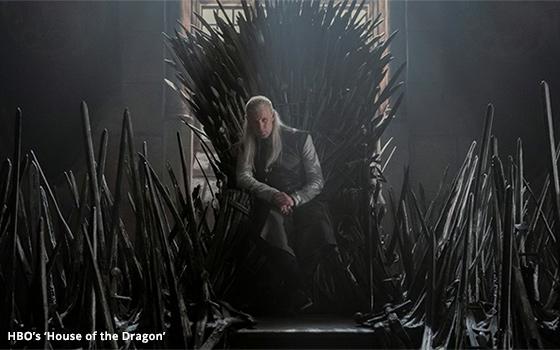 For its highly anticipated Sunday debut, HBO Max/HBO’s “House of the Dragon” -- a prequel of the big “Game of Thrones” series -- posted its biggest premiere ever for a new series -- nearly 10 million viewers, according to the company.

Warner Bros. Discovery -- owner of HBO Max/HBO -- did not break out viewing specifics for its streaming platform (HBO Max) or its linear TV network (HBO), or how it calculated overall viewing.

“Dragon” was HBO’s best result for any episode since May 2019. The final episode of “Game of Thrones” scored a series record of 19.3 million viewers, which included viewing on HBO cable channel, and HBO Go and HBO Now apps. Just looking at HBO, the “Thrones” finale posted 13.6 million viewers.

New episodes of “House of the Dragon” will debut each week at 9:00 p.m. EST/PST on HBO and will be available to stream on HBO Max.

“Dragon” also was the largest series launch for HBO Max in the U.S., Latin America and Europe, Middle East, and Africa (EMEA) territories,