The Dreams Of An Israeli Fighter Pilot 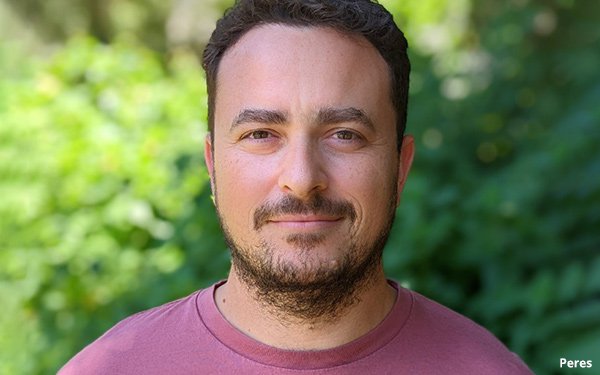 After mulling the changes around online ad privacy and looking at how AppsFlyer supports developers and brands, Yevgeny Peres joined the company as executive vice president of product strategy, to help it grow the $300 million in annual recurring revenue (ARR) its cloud-based software achieved this year.

“For marketers to keep making correct decisions, they need to have the technology,” he says. “I see this as an opportunity to impact the future of the market.”

Peres’ appointment to the executive team marks the next step in its continued corporate growth, and his ability to help marketers understand how to build trust within their respective companies.

He says it is crucial to find "ways to build trust within the company to justify on how they spend resources and funds," adding that his goal is to unlock technology to help companies grow.

Peres grew up in Israel with a dream of becoming a fighter pilot for the Israeli Army. In college he studied computer science, and joined an entrepreneur program where he participated in product life cycles around building things -- his passion.

When asked which superhero he would choose if he could transform into one, Peres names Batman. “Batman doesn’t have superpowers,” he says. “He became resourceful, thought out-of-the-box and came up with solutions without them.”

Peres looks to find areas to disrupt. He spent about 10 years in the advertising industry, working at companies including ironSource and Supersonic, where he was initially tasked to grow the firm's mobile activity. More recently, he led its mobile product strategy and innovation lab.

In his new role, Peres will further AppsFlyer’s product innovations and improve experiences and privacy by enabling the entire ecosystem to collaborate together in a privacy-preserving manner for a better and safer digital experience.

Over the past year, AppsFlyer has successfully led the mobile ecosystem in navigating shifting privacy regulation and platform guidelines, such as Apple’s App Tracking Transparency (ATT), SKAdNetwork and Google Privacy Sandbox.

Private collaboration innovations such as the AppsFlyer Privacy Cloud and Data Clean Room were launched, and the company built a complete shop to measure everything and ensure greater user experience, including CTV and owned media.