As Losses Top $1.2 Billion, Peloton Turns To Amazon For Help 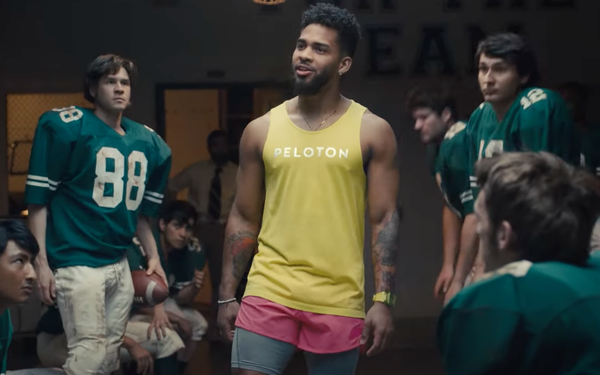 Peloton, reporting yet another dismal quarter, knows it needs more customers. And it's hoping to shore up the thinning ranks of Peloton devotees by starting to sell bikes and other gear on Amazon.

Peloton's losing members, with enrollment declining 2% to 6.9 million. Revenues fell 28% to $678.7 million on a year-over-year basis and slipped 30% compared to the previous quarter. And even though its connected fitness subscriptions are up, current members are less devoted. The average number of monthly workouts per subscription dropped 26%.

Losses skyrocketed to $1.2 billion for the quarter, 297% worse than a year ago, and 64% worse than last quarter.

The connected-fitness brand isn't pulling any punches, acknowledging how bad it looks.

"Naysayers will look at our fourth-quarter financial performance and see a melting pot of declining revenue, negative gross margin, and deeper operating losses," writes Barry McCarthy, chief executive officer and president, in its letter to shareholders. "They will say these threaten the viability of the business."

And there are plenty of naysayers. The stock is trading at around $11 a share, compared to $163 in late 2020, when the company became one of the pandemic's most successful brands.

McCarthy adds that the company aims to return to break-even in the second half of its next fiscal year. He says those massive losses reflect the extensive "re-architecting" needed to return the business to health, including reducing its inventory and outsourcing all manufacturing.

Among other changes for Peloton? It's opened studios in New York and London to members for the first time and is pouring on the celebrity sauce. Ashton Kutcher, actor and tech investor, is working on a Tread show as he trains for his first marathon. And singer Lizzo, a Peloton super-fan, came in for a live class, generating a record 426,000 rides in its first seven days.

The company also says that while it continues to assert its position as a premium brand and is raising prices, it's continuing to court bargain-hunters. Those offers include certified preowned original bikes, the Fitness-as-a-Service (FAAS) rental program, and digital app subscription. And it says these efforts are all performing beyond its initial expectations.

The big news, however, is Amazon. "Our Peloton store on amazon.com will bring a selection of our products closer to Amazon's U.S. customer base and allow us to directly act on fitness-related shopping queries occurring on Amazon every week," McCarthy says.

Amazon will also fulfill the orders. And for the first time, Peloton is offering a self-assembly option.

The results point to a shrinking of Peloton love, writes Neil Saunders, managing director of GlobalData, in his note on Peloton's results. "While Peloton has a role to play in the fitness world, we believe the company's viewpoint on how significant connected home fitness will be is severely overblown. Like retailers that believe online shopping will dominate, Peloton's hypothesis underplays the desire for physical human connection and interaction."