Google Employee Who Protested A Contract With Israel Resigns 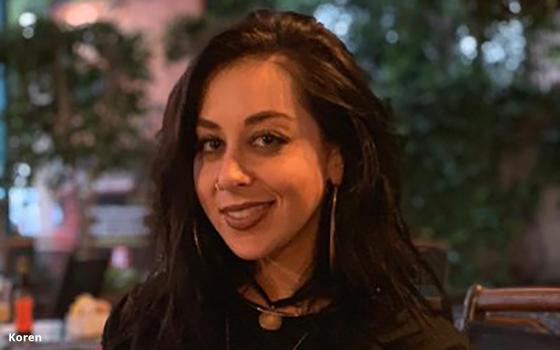 Ariel Koren -- a product marketing manager for Google for Education who has worked for the Alphabet company for seven years -- wrote a memo to colleagues announcing her plan to leave Google at the end of the week.

Ariel, a member of the Alphabet Workers Union - Communications Workers of America - believes she is one of many workers who have either resigned or been fired in retaliation for raising ethical concerns at work.

She also is the founder of Respond Crisis Translation, a collective of language activists providing interpretation and translation services for migrants, refugees, and anyone aexperiencing language barriers.

“Due to retaliation, a hostile environment, and illegal actions by the company, I cannot continue to work at Google and have no choice but to leave the company at the end of this week,” Koren wrote in a post on Medium. “Instead of listening to employees who want Google to live up to its ethical principles, Google is aggressively pursuing military contracts and stripping away the voices of its employees through a pattern of silencing and retaliation towards me and many others.”

Koren, who is Jewish, spent more than a year organizing a protest against Google’s Project Nimbus, a $1.2 billion agreement that states the company, along with Amazon, would supply Israel and its military with tools based on artificial intelligence.

To get Google to reconsider its alignment with Israel, Koren helped to circulate petitions and lobbied executives.

Koren wrote that “Google systematically silences Palestinian, Jewish, Arab, and Muslim voices concerned about Google’s complicity in violations of Palestinian human rights — to the point of formally retaliating against workers and creating an environment of fear.”

It's a way to help Google protect its business interests with the Israeli military and government, she wrote.

In October 2021, she was one of two employees who spoke out against the project while on disability leave. In November, she returned from leave to find that Google had moved her position to São Paulo, Brazil.

About 750 Google workers, and more than 25,000 others from outside the company, signed a petition earlier this year protesting the retaliation and calling on Google to rescind its relocation order.

Koren marketed educational products to Latin America based in Mexico City before moving to San Francisco during the pandemic.

“I was told I had 17 days to commit to moving or else lose my role,” she wrote. “I was told the forced relocation was based on business priorities; however, the Sao Paulo office was still working from home and there was no demonstrable need for me to be physically located in Sao Paulo, much less in the middle of a pandemic.”

Koren filed a complaint. Google hired an internal investigator to investigate what she called “retaliation.”

Google coworkers also circulated a petition calling on Google to rescind the “retaliation.” It gathered nearly 800 signatures. Civil society organizations circulated a public petition that has more than 25,000 signatures of public support.

Shannon Newberry, a Google spokeswoman, told The New York Times in a statement that “we prohibit retaliation in the workplace and publicly share our very clear policy,” and that the company “thoroughly investigated this employee’s claim, as we do when any concerns are raised.”