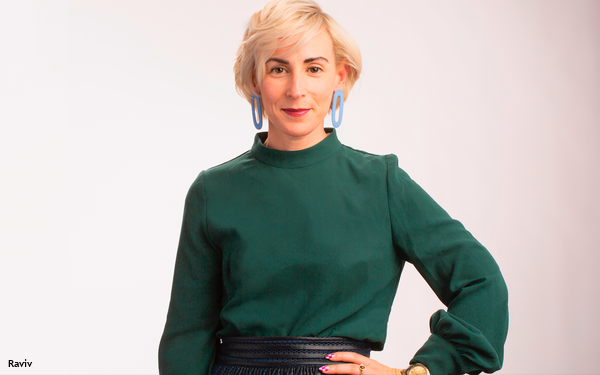 Talia Raviv, Global CEO of Publicis Media Exchange (PMX) since 2020, has been promoted to oversee the holding company's global media operations, as part of a broader management restructuring announced this morning.

The moves follow Wednesday's announcement that Publicis Group Chairman and CEO Arthur Sadoun has renewed his contract for another four years.

"Talia has had a long and diversified tenure at Publicis Media, having joined the company in 2004 as a Verizon FiOS outdoor media buyer for Zenith," Publicis stated in this morning's announcement, adding that as part of her expanded media operations role, she will "develop PMX to become Publicis' overarching media platform globally and in close partnership with our country CEOs will bring a product-first mindset across media strategy and operations."

In her new role, Raviv reports to Dave Penski, CEO of Publicis Media U.S., who Wednesday was named a member of Sadoun's management board.

As part of that announcement, Publicis said it was moving long-time media chief Steve King to chairman of Publicis Groupe Europe from COO of the group.