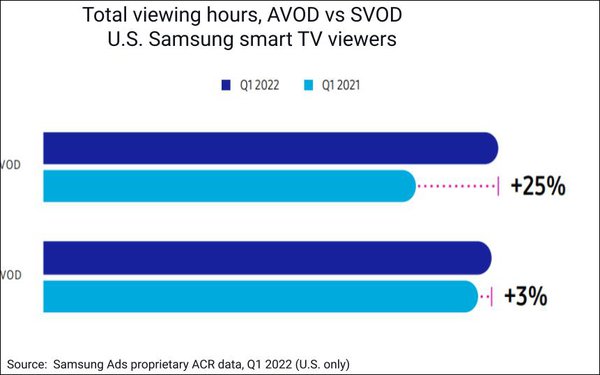 In July 2021, Samsung Ads released a study that concluded that TV advertisers generally should be allocating about 40% of media budgets to ad-supported streaming to minimize overexposure to linear-only homes and achieve optimal advertising parity in homes that stream.

Now, the smart TV manufacturer’s advertising arm has completed a follow-up study that bolsters and expands on the original results.

The fragmentation of viewing, the continued growth of broadband-only homes, and the ongoing decline in cable subscribers are "making it impossible" to reach U.S. households using only national broadcast and cable, the report sums up.

Various scenarios were run to find the point at which linear-centric reach peaks and begins to diminish. Budgets were then reallocated to follow a 40% allocation to CTV — what Samsung dubs “the Rule of 40” — and national TV reach across both linear- and streaming-centric audiences was measured.

The study found that the maximum possible reach for a heavy linear schedule is now just 60% of adults 18 to 49.

Across the 21 national campaigns analyzed, the reach curve of linear TV plateaued at just over 50% after 1,050 GRPs or 1.35 billion impressions.

However, the practical reach of linear TV — the point at which reach is maximized before further spend becomes wasted frequency — is significantly lower: under 50% of national reach.

Because the half of the TV audience that is linear-centric consumes 87% of a linear campaign’s impressions, linear TV oversaturates that audience and frequency becomes too great.

As such, the practical reach and frequency of linear TV to the A18–49 audience is about 800 GRPs, or 1 billion impressions. Beyond this level, additional spend increases frequency among those already reached while additional reach slows significantly. 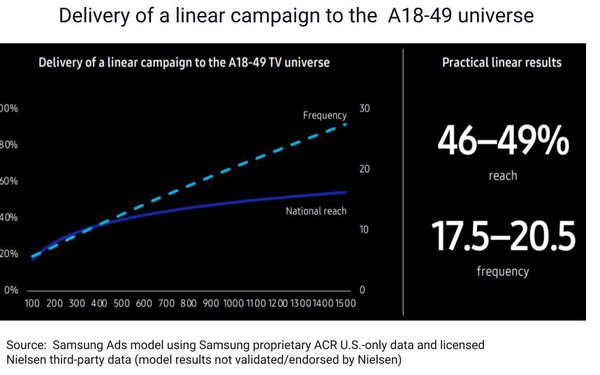 Allocating 40% of linear budgets to CTV balances frequency between linear- and streaming-centric audiences, and also increases reach to linear viewers by adapting to their streaming behavior, according to the report.

“Because of the change in viewing behavior, shifting linear spend to CTV increases national TV reach without the need to add budget to a media plan, regardless of spend level,” it concludes. 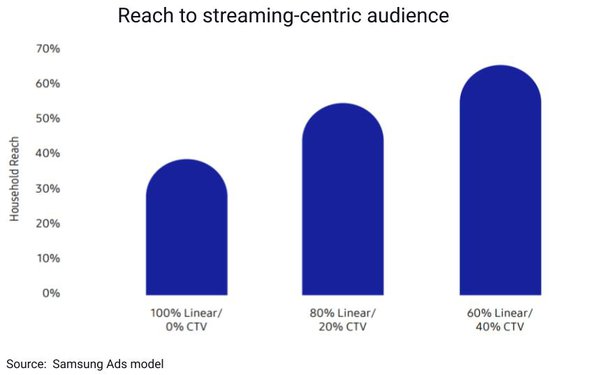 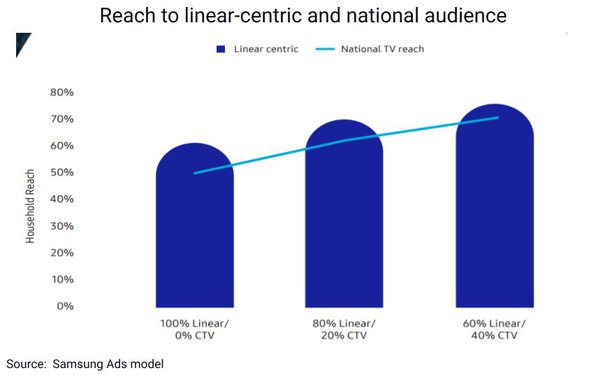