IPG NewsGuard Exclusive Ending, Others Can Use TV News Ratings Beginning In January 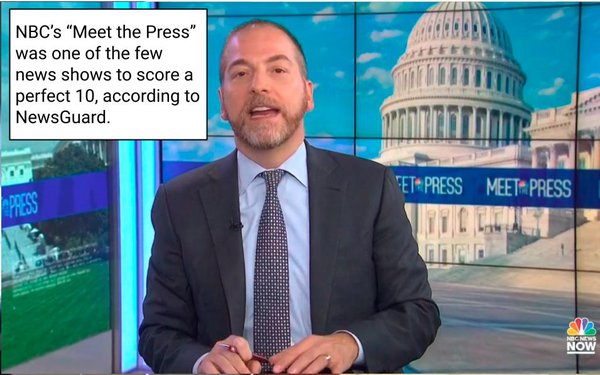 Following an exclusive window licensed by IPG Mediabrands as part of its 2022-23 upfront TV news negotiations and media buys, NewsGuard this morning announced its new TV news ratings service will be open to any organization to license beginning in January 2023.

While the current data still is proprietary to IPG Mediabrands and as such mostly confidential, Magna Executive Vice President-Managing Director of Strategic Investment & Accountability Allie Kallish spoke with MediaPost about what led to the development of the new TV news veracity ratings service, how Magna, Initiative, UM and its clients used the data in their planning and upfront buys, and some of the surprising things they learned about the reliability and trustworthiness of more than 100 news programs televised by 27 broadcast and cable networks, and how others might used the data going forward.

“It was fascinating,” Kallish says of her initial reaction to seeing data ranking TV news based on truth and accuracy. “Overall, it was a mixed bag, but you could make some logical leaps. My personal opinion was, ‘Really, I never would have thought that’ [about some news programs/networks].”

While she declined to cite specific news programming ratings, Kallish said that overall, the results would make intuitive sense to most people.

The initial version of the NewsGuard service rated more than 100 programs and 27 networks, and Kallish said it was a “mixed bag” across them, with a few surprises like the one she alluded to above.

The TV news ratings utilize a 10 as their highest score, and in a press release distributed this morning, NewsGuard cites one example of a news program – NBC’s “Meet the Press,” which scored a perfect 10 out of 10.

“Not every show meets all of these criteria and scores a ten out of ten,” NewsGuard co-CEO Steven Brill said in a statement, adding: “In fact, the scores range from zero to ten. But the sample score and Nutrition Label that we are providing for ‘Meet the Press,’ the nation’s longest running network television program, demonstrates our criteria and how we apply them.”

Kallish said development of the news rating service began when IPG Mediabrands was working with NewsGuard to shift from simply using its data to create exclusion and inclusion lists for its client’s programmatic media buys, to negotiating them directly with news outlets.

To do that, IPG Mediabrands developed an internal dashboard Magna’s, Initiative’s and UM’s teams and clients could use to eyeball ratings as part of their conversations and negotiations with news programming suppliers.

She said the initial use was a learning process for all sides, but that most of its news clients used it to some degree.

She said the data did not lead to any wholesale changes in IPG Mediabrands' news upfront buys, but that it impacted plans and schedules for some clients on the margins involving certain programs.

Among other things, she said, IPG Mediabrands had to be agile in applying the new data, because some of the shows it rated -- including CNN's "Cuomo" -- were canceled before it began negotiating with it.

Asked whether use of the data influenced the news product among any of their TV suppliers, Kallish said, “I hope so," adding: “I don’t think it’s going to change necessarily overnight. Hopefully, I don’t know, we’re a pretty polarized society right now.”

Kallish noted that how IPG Mediabrands agencies and clients utilize the data isn't happening in a vacuum and is part of the agency's broader commitment to using it's massive media-buying clout to improve the media environment its clients advertise in more broadly, including its Media Responsibility Index, which is now in its fourth iteration.

“This goes along with our ‘media for good’ [initiative’ and how we want to work with our partners, and how we all want to be held accountable to be better.” 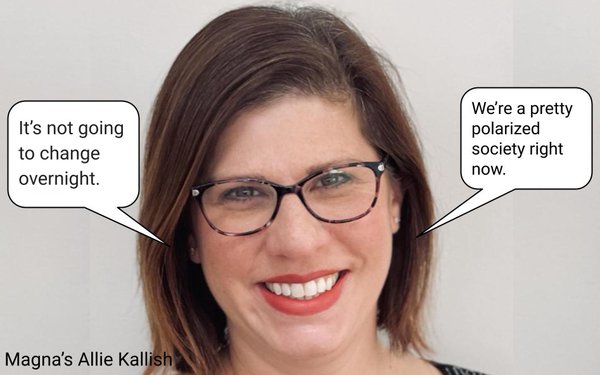