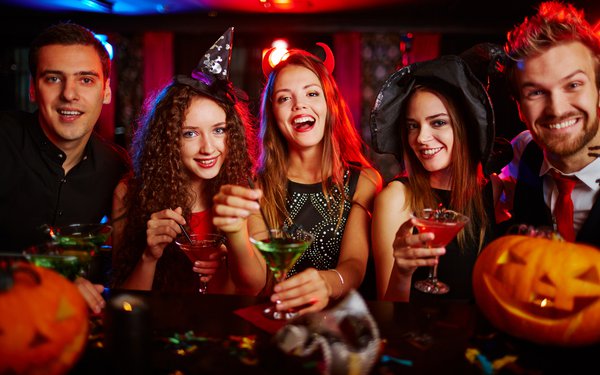 With October just days away, consumers have begun to think about Halloween, and many have begun to shop for costumes and other items.

Nearly seven in 10 consumers plan to celebrate Halloween this year, according to a survey of more than 8,200 from Prosper Insights & Analytics and the National Retail Federation. 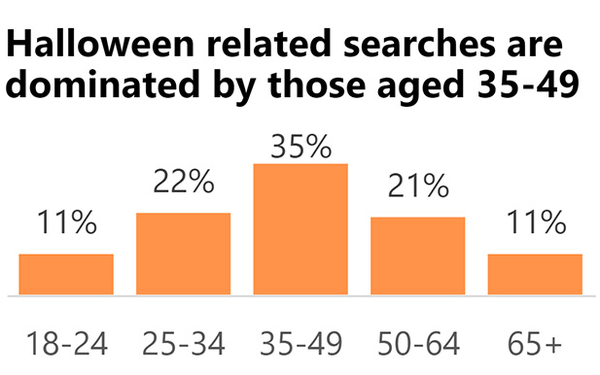 The NRF predicts that consumers will spend $10.6 billion on Halloween this year, up from $10.1 billion last year.

Many consumers surveyed said they will shop early, with 47% beginning in September or earlier.

Forty percent plan to purchase items at discount stores, while 36% will go to specialty Halloween or costume stores to shop and 31% will shop online.

At 36%, online searches are the leading source of Halloween costume inspiration. One-quarter say they will look in retail stores, and 19% will get ideas from friends and family.

Microsoft’s research -- based on last year’s trends related to searches and sales of costumes, candy, and decorations -- suggests three tricks to set campaigns up for success leading up to Halloween.

Most Halloween-related searches on the Microsoft Search Network were made by adults ages 35-49 last year -- probably because adults buy decorations and candy for the household and purchase children’s’ costumes.

Microsoft, in the post, suggests that marketers begin to increase search ad spend in September, but keep the majority of budget focused on October. Last year’s data shows searches began building in September and continued to increase until the holiday. The week of October 23, 2021, saw the highest number of searches on Bing.

Finally, Microsoft suggests that marketers begin running ads on the Audience Network earlier than Search Ads, because it moves users down the funnel.

Audience Ads for Halloween last year began to started to boost in early summer, around June or July. Clicks for costumes and candy peaked at different times, but spikes from costume clicks spiked nearly two months before candy.

People also will spend on their pets. More than 75% of consumers with pets say they plan to dress them for Halloween, according to survey findings from PetSmart.