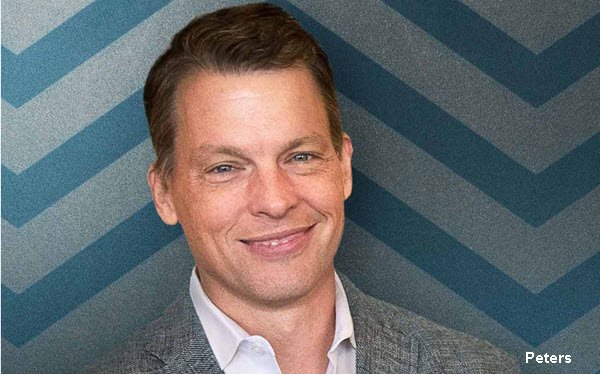 Netflix acknowledged that advertising capabilities at the launch of the Basic with Ads tier are limited, but stressed that more sophisticated targeting and other offerings are in the pipeline.

Executives also confirmed that 2023 will see the rollout of its “paid sharing” program, designed to convert free password sharers into paid users. In addition to enabling free users to create their own accounts and transfer their profiles/preferences information, account owners will be able to create sub-accounts to pay for friends and family using theirs, they revealed. The separate account option “will be especially attractive in countries where we're launching the lower-priced Basic with Ads plan,” said Greg Peters, COO and chief product officer.

While “very optimistic” about Basic with Ads, Netflix does not expect it to make a material contribution in Q4, since it is being launched “intra-quarter” (in early to mid November), and the subscriber base for the plan is expected to grow gradually over time.

“Our aim is to give prospective new members more choice, not switch members off their current plans,” Peters said, adding that Netflix does not expect many current members to switch to the cheaper ($6.99 per month in the U.S.) option. Having features like 4K makes no-ads plans “sticky,” he noted.

“We’ve modeled out the expected revenue [from Basic with Ads] in the various countries we’re launching in to make sure that the subscription prices we’re charging for it, plus anticipated [advertising] monetization, will be roughly revenue-positive to neutral” on a unit economics basis, he said. And because the lower price is expected to bring in significant numbers of new subscribers over time, “we're quite confident in the long term that this will lead to a significant incremental revenue and profit stream,” he added.

Netflix declared last week that its advertising inventory, which will be limited to four to five minutes per hour, with frequency caps, was nearly sold out.

“We started with a bunch of models that were informed by the ad activities in those different countries around the world” -- and in the sales process, most of Netflix’s model expectations are being borne out, Peters said. Advertisers are “excited about the positioning against the incredible content and the titles that we have, so demand has been very, very strong.”

Netflix and its ad-tech partner, Microsoft’s Xandr, are hiring but are currently “stretched” to support the demand, he reported. “Actually, we’re turning some [advertisers] away right now because we just don’t have the go-to-market capacity to serve everyone.”

And “we're very much in the crawl-walk-run model — we’re iteratively improving,” he said. “We're building in a lot of capabilities over the next couple of quarters that we think are important to advertisers to make the offering increasingly attractive,” he added, citing a “verification partner” (Nielsen) as one example. “But we've got a lot more to do on that road map.”

A big factor in Netflix’s choice of Microsoft was strategic alignment: Both prefer to launch quickly, iterate quickly and retain a flexible, innovative attitude toward formats and approaches, he said. The two are staying flexible about leveraging Microsoft’s substantial go-to-market capabilities while building Netflix’s over time, he added.

Doug Anmuth of JPMorgan, moderator for the earnings call, pointed out that early feedback from marketers and agencies has been that the program’s targeting capabilities — by country and genre within the top 10 shows — are currently fairly limited.

Peters, noting that getting the AVOD tier ready for launch in a six-month period took intensive work by Netflix and Xandr, conceded that the targeting capabilities, such as targeting by genre, are “relatively basic” at present. “But that’s sort of consistent with what we see with television, right?” he argued.

For the present, he also conceded, Netflix’s capabilities are mostly competitive with television, not digital. “We're probably going to be leaning for some time more into that brand side of things where we can be more competitive,” while “layering in” digital-like capabilities over time.

The ultimate goal is delivering a fully addressable, 100% signed-in audience, and leveraging Netflix’s “personalization” capabilities to tailor ads -- as well as content presentation -- to subscribers, he said.

Asked how Netflix can justify what are reported to be CPM demands of up to $65, or two to three times those of competitors, Peters declined to address specific pricing. Instead, he argued that Netflix has “a very attractive offering” because it delivers an audience that is increasingly hard to access through traditional TV, combined with exceptional, engaging content.

Netflix is finding advertisers enthusiastic about policies like having low-frequency caps and ad loads, he said. “There’s actually a high degree of alignment between their desires and what we think is great for consumers.”

Peters added, “We’re also excited to work with our partners and advertisers to think about the ad experience. We're starting with meeting the market where it's at today, to enable access to all of those capabilities. But we don't need to stay there. We're looking forward over the next couple of years to understanding what is the right native format for premium connected TV — figuring out what that looks like.”