Data Reveals Twitter Has Been Shedding Advertisers Since June 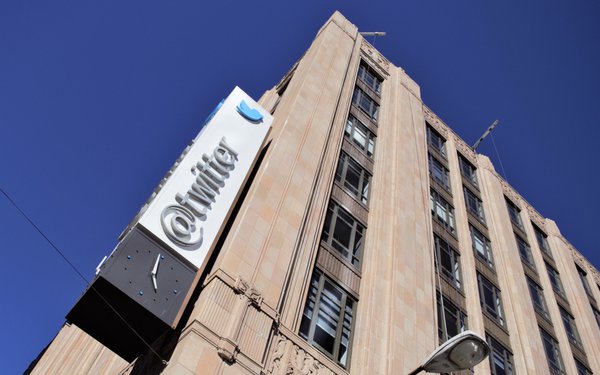 According to new data from advertising intelligence platform MediaRadar, Twitter has shed thousands of advertisers since May of this year.

Due to the excitement surrounding Elon Musk’s initial announcement to buy the platform, there was a brief increase in advertisers between April and May of this year. However, the number of advertisers spending on Twitter dropped from almost 4,000 in May to 2,300 in August.

In September, that number climbed back to 2,900 -- which is still almost 400 less advertisers than the average between January and April 2022, before Musk made a bid on the platform.

“Ownership and leadership uncertainty, concerns over brand safety and, of course, current economic conditions are all having an impact on Twitter's ad sales,” said Todd Krizelman, CEO at MediaRadar. “Commentary by key agencies and brands is supported by advertising data. Some brands are clearly pulling back on advertising with Twitter and making safer bets with their budgets.”

Prior to July, over 1,000 new advertisers were spending on Twitter every month, MediaRadar found. In July and August, that number dropped to roughly 200, although September saw new advertisers rise by 668, perhaps in reaction to the deal between Musk and Twitter being on hold at the time.

Over the past week, top advertisers and media-buying agencies, such as Interpublic Group (IPG) and Havas Media, have committed to pausing ads on the platform over concerns over content moderation and brand safety, along with a lack of clarity regarding advertising leadership at Twitter.

“The pullback is very reminiscent of what we saw in the past with YouTube,” added Krizelman. “Advertisers publicly paused due to controversy and returned when they had confidence their brand safety concerns were addressed. It will be interesting to see how Twitter responds.”

To date in 2022, 190 brands that work with IPG, including Amazon, MGM, Bank of America, have spent on Twitter ads, totalling $279 million. Havas works with 33 brands that buy ads on Twitter, including Progressive, Netflix and Reckitt Benckiser, totaling $68.6 million in spend for the year.

“Clearly, this acquisition is challenging advertiser confidence,” said Krizelman. “Musk has been very vocal about wanting to expand monetization beyond advertising, however, which could help mitigate brand hesitancy.”

In addition, 40 social advocacy and tech watchdog groups sent a letter to Twitter 20 largest advertisers (amounting to an estimated $238 million spent collectively on the platform this year) earlier this week, urging them to pressure Musk to continue Twitter's prior content-moderation practices. They have threatened to suspend their Twitter advertising if Musk refuses.

On Friday, Musk called out the advocacy and watchdog groups via a tweet, referring to them as “activist groups,” declaring that he did everything he could “to appease the activists.” He added that their actions are “Extremely messed up!” and that they are “trying to destroy free speech in America.”