Blockthrough Co-Founder Looks At The Future Of Ad Blocking 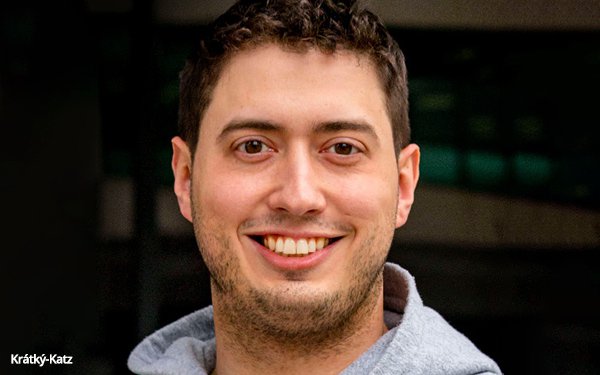 Marty Krátký-Katz , co-founder and CEO of Blockthrough, thinks it would be a good thing to have a crystal ball to gauge the future of ad blocking and help determine how to best prepare for it.

That’s not possible, of course, but in an email to Inside Performance, he explained how marketers and publishers can gain insights to prepare for what's to come.

Ad blocking peaked from 2014 through 2018 on desktop. “I believe everybody understands that initial rise,” he wrote, but where it tapered off and then rebounded is less well understood.

A few factors come into play. First, during the initial rise in ad-blocking adoption, improving user experience was the number one issue on publishers’ minds. Second, there were many initiatives that were underway to stem further adoption of ad blockers, he explains.

“That meteoric rise prompted a lot of publishers to think more about their ad layouts," he writes, and the "potentially negative impact on user experience and whether it may drive them to use an adblocker.”

He adds: “You also had the formation of the Coalition for Better Ads, an initiative that leveraged consumer insights and industry expertise to develop global standards for online advertising with the goal of making it unnecessary for users to install ad blockers in the first place.”

It seemed natural for publishers to revert to old practices of cramming more ads onto their pages -- and surprise, surprise, ad-blocking rates are rebounding again, he wrote.

“My experience on YouTube over the last two-and-a-half years (when my adblocker is off) has gotten more and more atrocious,” he explained. “Putting aside the frequent occasions on which I’ve gotten 2 to 3 pre-roll ads before watching a video, I've even seen more than my fair share of mid-roll ads on YouTube.”

In the end, Krátký-Katz believes, the practice of adding more intrusive ad experiences that drives users to install or reinstall an ad blocker has become more accepted, and that’s why he thinks the industry continues to see a rebound in desktop ad blocking during the last couple of years.

“Adblocker usage is not going away. In fact, when we make the ad experience worse, users go back to it,” he wrote. “I think that's the lesson from a desktop perspective.”

While a small percentage -- roughly 10% to 20% of ad-blocking users -- are anti-advertising in general, there is an opportunity within the 80% to 90% who, while using ad blockers to block atrocious advertising experiences, are receptive to seeing a brand’s message, he wrote.

Krátký-Katz also believes that content aligns with ad blocking. For example, why are ad-block rates in arts and entertainment so high? Are theatergoers heavy users of ad blocking?

The key is to recognize people advertisers or marketers want to reach are browsing different types of content–and you need to prioritize your strategy accordingly. At the end of the day, a brand that targets grandmothers must have a strategy very different from one that’s selling a mouse to gamers.

Interestingly enough, the overwhelming majority of adblock users aren’t actually blocking all ads, and instead, allow certain non-intrusive ad formats to be served to them. One reason for the emergence of such “ad filtering” mechanisms is that the ecosystem is evolving in terms of companies’ ability to filter ads based on prevailing industry standards. It’s far different from four to five years ago when we were seeing a lot of ads that weren't compliant.

Over time, the adblockers that participated in Acceptable Ads have got better at monitoring their partners, who are serving ads and making sure they comply. As a result, users opt out at a lower rate.

Self-selection also works. Users who don't support Acceptable Ads are more likely to self-select out of the process and switch to a different product altogether.

“The upshot is that the occasional user downloads an ad blocker–because of a lack of consumer awareness of Acceptable Ads,” he wrote. “And even though the download button said, ‘I'm agreeing to see Acceptable Ads,’ they click download, or they don't realize why they're seeing ads, and they'll just switch products altogether. So even though they opted out, they don't get included in the total count.”

“It doesn’t really take a crystal ball to see that consumers want to be protected from what they consider unnecessary advertising,” he wrote. “The future means providing an on-ramp to Acceptable Ads.”