At This Time Of Year, TV Erupts In A Christmas Frenzy 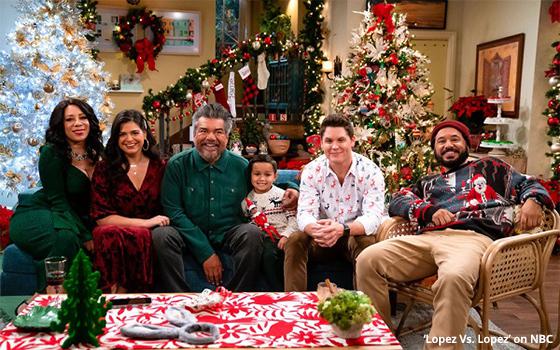 Many people feel a sense of sensory overload from all of the commotion that erupts around the holiday season.

It all starts earlier and earlier each year. Since TV occupies center stage in all of our households these days, it is the primary medium through which Christmas shoppers are bombarded with this annual cacophony of sight and sound.

Understandably, retailers are hard at it as they barrel into their most important sales season. TV gets the lion’s share of these high-decibel marketing and promotion messages.

The “holidays” take over TV at this time of year, but let’s be real -- it is still “Christmas.” And there is nothing wrong with that.

Every kind of TV network, and increasingly, streaming services too, get into the Christmas act. We are already seeing the Christmas cooking and baking competitions on the food and lifestyle channels, closely following the same for Halloween and Thanksgiving.

As noted a few weeks ago here, the wholesome (and some would say “treacly”) season of Christmas movies (and at least one Hanukkah movie) is already upon us.

As usual, Hallmark Channel and Lifetime are leading the way, but others have joined the fray, including CBS, Netflix and Discovery+.

Warner Bros. Discovery has come up with a formula for featuring Christmas TV movies on Discovery+ while at the same time promoting its home renovation and food personalities from its home design and food channels.

The plan has the renovation and food pros guest-starring as themselves in the movies as part of the plot.

There appear to be four such movies being offered currently on Discovery+. “One Delicious Christmas” and “A Gingerbread Christmas” feature Food Network’s Bobby Flay and Duff Goldman, respectively.

From the HGTV universe, designer Hilary Farr from “Love It Or List It” can be seen in “Designing Christmas.” Ben and Erin Napier from HGTV’s “Home Town” are featured in “A Christmas Open House.”

The Christmas movies referenced above depict idealized versions of the holiday season. Christmas commercials and other Christmas TV specials do the same thing.

Taken together, these fantasy Christmases might also add to the stress people experience at this time of year as they feel unable to measure up to the sparkling family celebrations they see on TV.

But saccharine TV movies are only the tip of the iceberg. Christmas music specials, holiday perennials (“Frosty the Snowman,” “How the Grinch Stole Christmas!” and all the rest) and regular series with their all-important Christmas episodes are already underway.

For example, “Lopez Vs. Lopez” on NBC (pictured above) airs its own family Christmas episode later this week, on Black Friday.

All of the noise at this time of the year is part and parcel of the annual holiday season.

Commentators have complained for decades about the clamorous, frenzied Christmas season, and how it flies in the face of the “true” meaning of Christmas.

But the frenzy itself is part of the year-end holiday experience -- as traditional as fake Santas on every corner ringing their bells for the Salvation Army and the return of Christmas music in all the stores and on the radio.

As always, and in the spirit of the holidays, the TV Blog wishes the TV business and their partners in retail a very merry Christmas season -- starting next week, that is, after Thanksgiving.