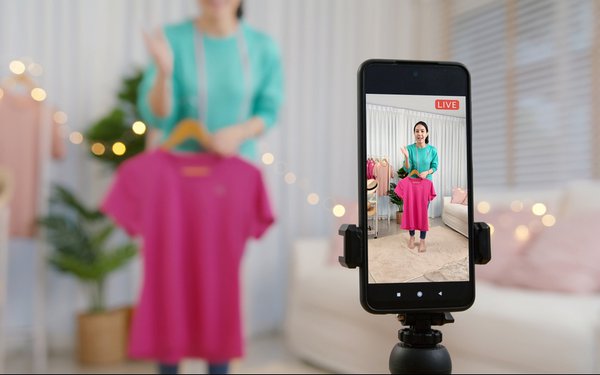 As TikTok makes moves into the ecommerce space with an in-app shopping feature and plans to build and staff global fulfillment centers, as well as its primary use as a search engine for Gen Z, many think the popular social media app could overtake Amazon and Google.

But how do small businesses feel about the app? Are they willing to sell products on TikTok?

A survey conducted by boutique lending firm Clarify Capital finds that out of 500 small business owners, 98% said that they want to sell their products on TikTok.

By prioritizing both, owners can offer a QVC-like shopping experience on the popular application. TikTok users and consumers may see this in the near future as 59% of owners plan to spend more on both e-commerce and TikTok SEO.

A large majority -- over three-quarters of respondents (76%) -- think TikTok will eventually surpass Amazon as an ecommerce platform.

Almost the same percentage (75%) think the Chinese-owned social app will also overtake Google as a search engine. Despite the outcomes, owners are placing their bets on TikTok.

Another recent report places TikTok as a dominant social app in advertising revenue by 2027, estimating that its global ad revenue will surpass the combined ad revenues of Meta platforms (Facebook, Instagram, and What’sApp) and YouTube.

Already the most popular social platform for streaming video in the U.S., TikTok may also become a major contender for TV screen time as advertisers seek to attract younger audiences which are currently flocking to TikTok.