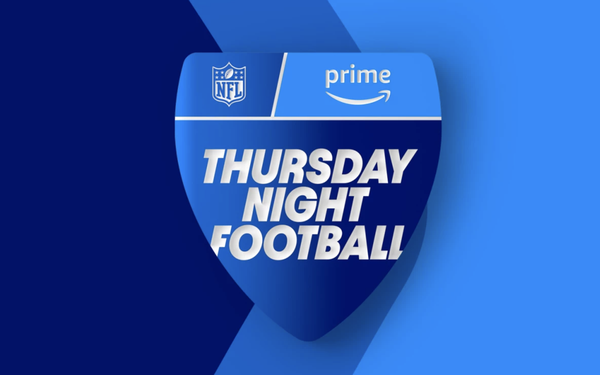 Although legacy TV networks have seen a general uptick in their respective NFL’s average game viewership through ten weeks of the season, overall viewing of NFL games on all networks is virtually flat versus a year ago -- largely due to lower “Thursday Night Football” viewing on Amazon Prime Video.

Amazon Prime Video’s “Thursday Night Football” results have declined 23% to 9.4 million average viewers on season-to-date basis versus results on Fox and NFL Network a year ago.

This is according to Nielsen’s measurement of live program-plus-same day viewing. Last season, “TNF” averaged 12.2 million viewers through week ten.

For its part, Amazon claims viewing is higher -- especially when adding on “TNF” direct viewing -- first- and third-party data -- from millions of devices and accounts. For example, in the first “TNF” game this season, Amazon said there were 15.3 million viewers versus 13 million viewers measured by Nielsen.

Nielsen results showed in weeks 9 and 10 Amazon posted two of the lowest results of the season so far -- at 7.9 million and 6.8 million, respectively.

But in contrast, there were single-digit percentage gains on four traditional TV networks through November 14. All this placed overall NFL average viewership per game so far this season at 15.8 million virtually flat -- down 1% from a year ago.