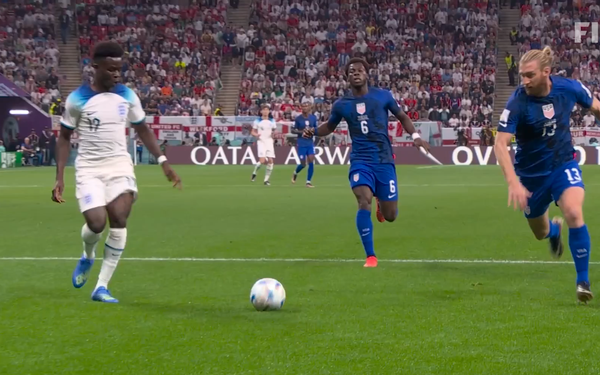 For its second match in the 2022 FIFA World Cup, the U.S. men's team drew to a 0-0 tied against England, a major European football competitor, and scored a best ever viewership for a men's soccer match on U.S. English-language TV with 15.4 million Nielsen-measured average viewers on the Fox Television Network.

Viewing beat the total for the Italy-Brazil World Cup final match (14.5 million) in 1994 by 6%, and was 11% higher than the best U.S. Men's National Team World Cup match  against Portugal in 2014, which earned 13.8 million. Overall, the largest English-language TV audience ever for soccer in the U.S. was 25.4 million average viewers for the Women's World Cup final in 2015 on Fox.

The time zone (with the match played in Qatar) and a four-day Thanksgiving holiday weekend created favorable conditions for viewing of the game. The game aired at 2 P.M. EST on Friday, November 25.

Interest in professional soccer continues to grow in the U.S., which helped to boost the results, according to analysts.

Expectations are high for the match against Iran on Tuesday, with hopes of the U.S. winning that game and moving on to the next round.